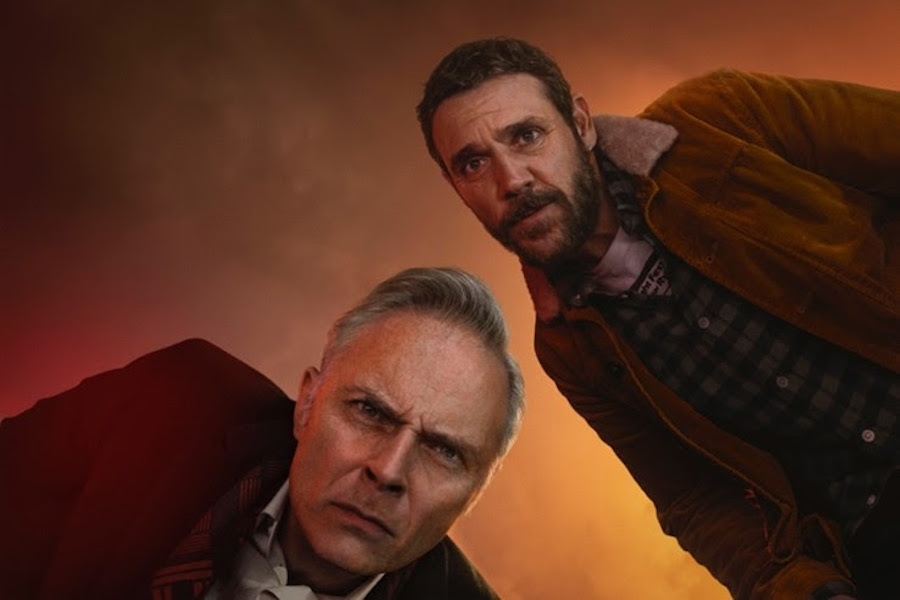 Four episodes of “Masterpiece: Guilt” start streaming Sept. 5. In the series, a drunken drive home from a wedding lands two brothers in increasingly hot water, as they commit more and more serious crimes to hide their culpability in a hit-and-run. Mark Bonnar (“Line of Duty,” “Catastrophe,” “Unforgotten”) and Jamie Sives (“Valhalla Rising,” “Mean Machine”) star as the brothers, with Ruth Bradley (“Grabbers,” “Flyboys,” “Pursuit”) as the victim’s niece, who falls for her uncle’s killer.

Ten episodes in season four of “Frankie Drake Mysteries” debut Sept. 3. The season opens with our intrepid detectives Frankie Drake (Lauren Lee Smith) and Trudy Clarke (Chantel Riley) alongside their best gal pals, Mary Shaw (Rebecca Liddiard) and Flo Chakowitz (Sharron Matthews), traipsing through the woods on a scavenger hunt that quickly turns deadly. From the wilderness to the world of high society, from an underground cabaret to a candy factory, Frankie and Trudy investigate murders, kidnappings, heists and poisonings. Using her position as a morality officer, Mary is able to snoop through police files and be privy to non-civilian discussions, while Flo lends a hand with autopsy reports, science experiments and her newly acquired medical skills. As always, amid high-stakes danger, excitement, intrigue and friendship, the women find their balance in their lives outside of work. Frankie has a European race car-driving beau; Trudy’s dreams of home-sweet-home are closer than ever; Mary falls for the wrong fellow; and Flo starts a family.

“Walter Presents” programs due on the channel in September include the Polish crime mystery series “The Defence,” the German period drama “Hotel Sacher” and the French crime thriller “Witnesses.”

Seven episodes of “The Defence” start streaming Sept. 3. Adapted from the renowned crime-thriller novel by Remigiusz Mróz, the series follows a well-regarded lawyer who agrees to help her friends when their baby goes missing. Joanna Chylka is a capable, uncompromising, courageous and rebellious lawyer in a legal world that is full of stubborn and power-hungry men. When 3-year-old Nikola Szlezyngier disappears without a trace and the police find no evidence of kidnapping, the child’s parents become the main suspects. Desperate, they decide to contact Chylka, an old friend, who agrees to undertake their defense despite other cases piling up on her desk and mountains of evidence indicating the couple’s guilt.

Six episodes of “Hotel Sacher” start streaming Sept. 10. Based on true events, the series explores the renowned owner and hotel’s reputation and the tales they kept behind closed doors. In the series, the imperial era is about to end; but what will replace it? One key, or rather many keys, lay in the hands of Anna Sacher, the domineering proprietor of the Hotel Sacher, the most distinguished hotel in Vienna. The city is the center of Europe, where the aristocracy still sets the tone and servants must know where they belong. And Anna, the unchallenged “Queen of Vienna,” makes sure that the “upstairs” and “downstairs” folk keep to themselves. They know they can rely on her discretion. At the center of all this are two couples, the independent-minded publisher Martha and her unsuccessful writer-husband Max; and the romance novel authoress and princess, Konstanze and her socially committed husband Georg. Living on the edge, their destinies get intertwined as they conduct passionate but doomed affairs. There is another figure waiting in the wings to take a place on the chessboard of a new society: Marie. The illegitimate child of Georg — who had no idea of her existence — escapes the miserable conditions she was raised in and claims her rightful place.

Two episodes of “Witnesses” start streaming Sept. 10. In the series, set in the coastal town of Le Tréport in Normandy, France, three bodies with no apparent connection are discovered in a show home of a house developer. The police find the deceased man, woman and teenager staged as if they were a living family. Detective Sandra Winckler arrives at the morbid scene to search for clues leading to the perpetrator but instead comes across a photo of ex-police officer Paul Maisonneuve. The retired policeman is forced to return to work in order to get to the bottom of the grim mystery.

Other programs available in September include “Jamaica Inn,” “The Making of a Lady,” “Dancing on the Edge,” “Mayor of Casterbridge, “Kidnap & Ransom, Season 1 & 2,” “Capital Angel of Death, Season 1” and “To Walk Invisible: The Bronte Sisters.”