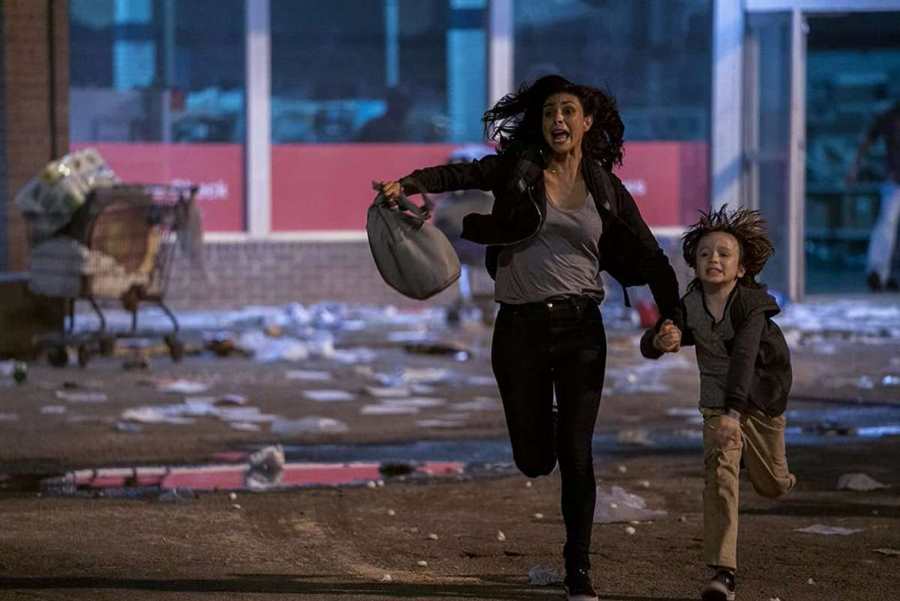 There wasn’t much change at the top of Redbox’s disc rental and digital charts the week ended Feb. 21.

The top three titles remained the same on each, with STX Films’ Greenland, distributed on Blu-ray Disc and DVD by Universal Pictures, remaining atop both the Redbox disc rental chart the Redbox On Demand chart.

Two other Universal-distributed movies stayed in the next two spots as well, with Let Him Go holding on to No. 2 on both charts, and the comedy/horror hybrid Freaky remaining No. 3.

The top newcomer was another Universal release, Horizon Line, which was No. 4 on the disc chart, which tracks DVD and Blu-ray Disc rentals at Redbox’s more than 40,000 red kiosks.

Horizon Line tells the story of a couple who must figure out how to survive on a private plane in midair after the pilot dies. The film stars Allison Williams (Get Out, “A Series of Unfortunate Events”) and Alexander Dreymon (“The Last Kingdom,” “American Horror Story”).

No. 5 on the disc chart was Vertical Entertainment’s Shadow in the Cloud, which is currently available on disc exclusively through Redbox. It was No. 4 on the Redbox On Demand chart, which tracks digital rental transactions.

Shadow in the Cloud is an action horror film that takes place during World War II, when a group of Allied soldiers preparing to take to the air in a B-17 Flying Fortress is joined by a woman officer carrying a top-secret package.

Warner’s Wonder Woman 1984, available through premium video on demand until March, slipped to No. 5 on the On Demand chart.