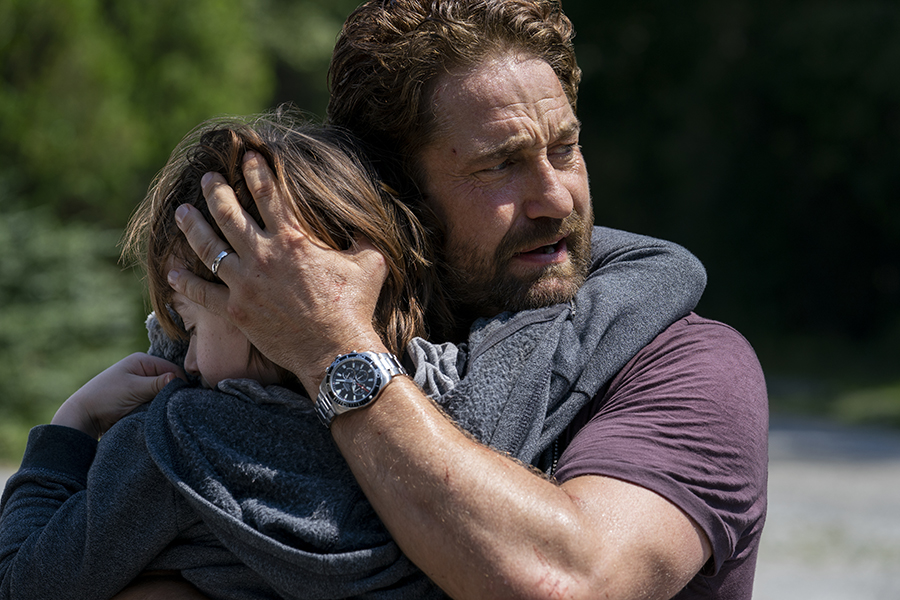 STX Films’ Greenland debuted atop the Redbox disc rental chart and was also No. 1 on the Redbox On Demand chart the week ended Feb. 14.

Greenland, distributed on Blu-ray Disc and DVD by Universal Pictures, stars Gerard Butler as a man trying to get his family to a military shelter while deadly comets threaten life on Earth.

The previous week’s top title on both charts, Universal Pictures’ Let Him Go, slipped to No. 2 on both.

No. 4 on the disc chart was Vertical Entertainment’s Shadow in the Cloud, which is currently available on disc exclusively through Redbox. The No. 5 disc rental was Paramount’s sci-fi/horror hybrid Breach, which was No. 9 on the On Demand chart.

Two other titles also made their debut on the top 10 disc rental chart. No. 7 was Paramount’s The Stand-In, available early at Redbox kiosks. The film follows a disaffected comedy actress who trades places with her ambitious stand-in, with both roles played by Drew Barrymore.

The No. 10 rental was indie High Octane’s sci-fi thriller Monsters of Man, in which a weapons manufacturer sends four killer robots to attack heroin producers, but the test goes wrong.

The On Demand chart saw the first appearance of Warner’s Wonder Woman 1984, available through premium video on demand since Feb. 12 after a month-long streaming run on HBO Max and a $41.9 million haul at the domestic box office.

The No. 5 On Demand title was Universal’s The War With Grandpa.