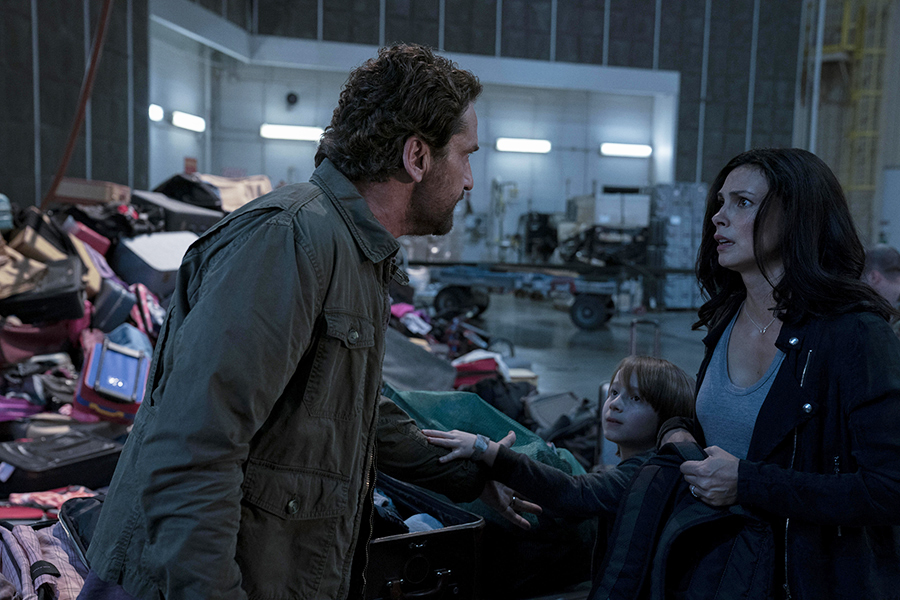 STX Films’ Greenland, released on Blu-ray and DVD Feb. 9 by Universal Pictures Home Entertainment, jumped up to the No. 1 spot on the weekly “Watched at Home” chart the week ended Feb. 20.

Greenland, in which Gerard Butler plays a man trying to get his family to get his family to a military shelter while comets threaten life on Earth, had been in second place a week earlier on the Watched at Home chart, which tracks transactional video activity (both digital and on DVD and Blu-ray Disc, but not premium VOD or disc rental) compiled from studio and retailer data and presented by DEG: The Digital Entertainment Group. This is its fourth week on the chart, having started in the fourth spot at the end of January and moved up one spot each week since.

The previous week’s most-watched title, DreamWorks Animation’s The Croods: A New Age from Universal Pictures, dropped to No. 2.

The top newcomer to the chart was No. 3 Monster Hunter, from Sony Pictures. Based on the video game franchise of the same name, the film stars Milla Jovovich as Capt. Artemis, whose unit is caught in a sandstorm that transports them to a world ruled by dangerous and monsters. As they fight to survive, they encounter the mysterious Hunter (Tony Jaa), whose unique skills allow him to stay one step ahead of the powerful creatures. Monster Hunter became available for digital sellthrough on Feb. 16, ahead of its March 2 release on Blu-ray Disc, DVD and 4K Ultra HD Blu-ray.

Rounding out the top five were Universal’s Let Him Go at No. 4 and Warner’s Tenet at No. 5.

The only other title making its first appearance on the chart during the week was Vertical Entertainment’s Shadow in the Cloud. The film, which stars Chloë Grace Moretz as a World War II flight officer on a secret mission when her bomber is attacked by gremlins, was released through digital channels at the beginning of the year and is currently available on disc exclusively through Redbox (though the Watched at Home chart doesn’t account for disc rentals).