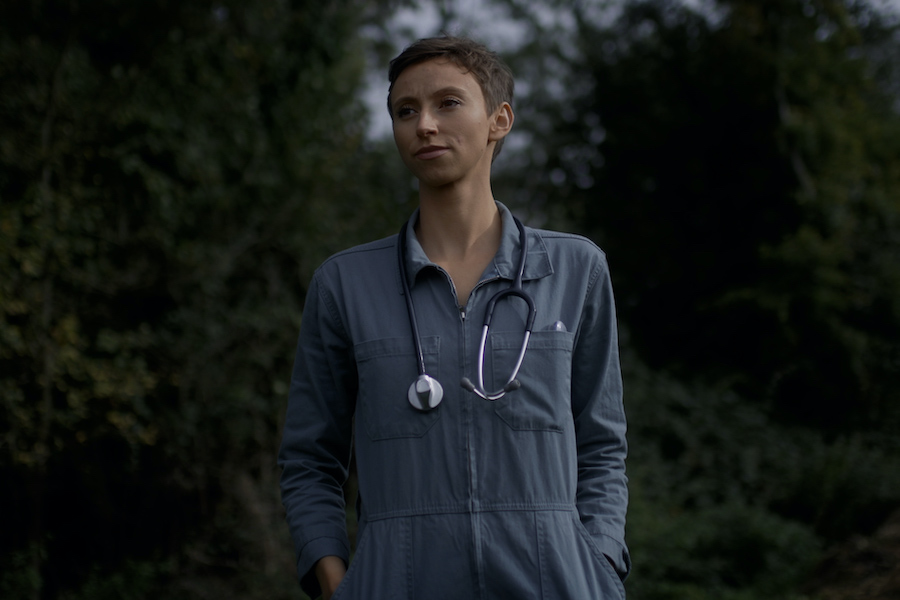 The End of Medicine

Gravitas Ventures has acquired North American rights to distribute the documentary The End of Medicine.

The company plans for an early summer release in theaters and in homes.

Executive produced by Rooney Mara and Joaquin Phoenix, The End of Medicine explores the link between treatment of animals and emerging health threats such as pandemics and antibiotic resistance. Documentary filmmaker Keegan Kuhn (Cowspiracy, What the Health) and BAFTA Award-winning director Alex Lockwood (73 Cows, Test Subjects) teamed up with Mara and Phoenix to create the documentary about zoonotic diseases (germs and viruses that spread between human and non-human animals), which threaten the health and lives of the entire human population.

The End of Medicine began production in October 2019, months before COVID-19 was making headlines around the world. It includes interviews with some of the world’s leading scientists whose research and testimonies conclude that the public health emergency we are presently facing was inevitable and is far from over.

“We are pleased to serve as executive producers of The End of Medicine to raise awareness about the third leading global cause of death — antimicrobial resistance,” Mara and Phoenix said in a statement. “We became fans of director Alex Lockwood after seeing his BAFTA-winning documentary short 73 Cows, and were touched by his thoughtful and determined approach to storytelling. Together with producer Keegan Kuhn (Cowspiracy, What the Health), The End of Medicine explores how dangerously close the human population is to complete antimicrobial resistance, the government’s complicity and collaboration with the animal agriculture industry, and how unprepared we are for what’s to come if we continue to ignore the evidence around us. The animal agriculture industry props up its business of keeping thousands upon thousands of animals housed in soiled conditions by the overuse of antibiotics. We cannot exploit and manipulate other animals on a massive scale without corresponding and terrifying consequences.”

“We have been frustrated with the failure of mainstream media to properly address the threat of disease coming from animal agriculture, both before and during the current pandemic,” said Lockwood and Kuhn. “The End Of Medicine is an alarm bell and warning of what is to come if we don’t change.”

“The End of Medicine is an incredibly timely documentary with an important message that directly addresses the relationship between the treatment of animals and pandemics. Gravitas is proud to be able to share it with audiences,” Brett Rogalsky, Gravitas Ventures manager of acquisitions, said in a statement.