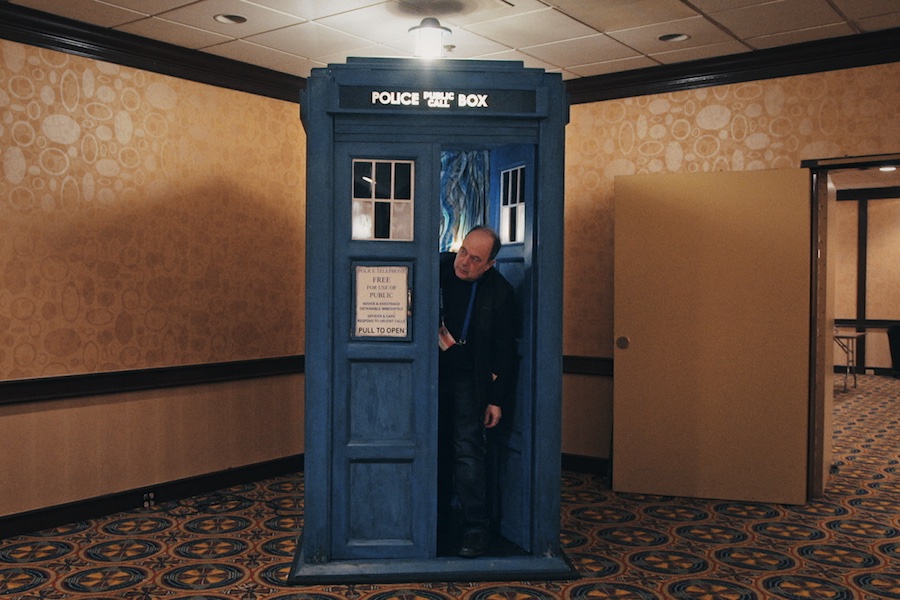 Doctor Who Am I

Gravitas Ventures has acquired North American distribution rights to the 2022 FrightFest thriller Stalker and the documentary Doctor Who Am I, both from from  Kaleidoscope Film Distribution.

A March 2023 day-and-date release is planned.

Stalker, which had its world premiere at the 2022 Frightfest, is directed by Steve Johnson (Convergence) and stars Sophie Skelton (“Outlander,” 211), BAFTA winner Stuart Brennan (Plan Z, Risen) and Bret Hart (WWE). It’s produced by Stuart Brennan and Gareth Wiley (Vicky Cristina Barcelona). In the thriller, returning to an eerily empty hotel after a day of filming, young actress Rose Hepburn finds herself suspended on the 12th floor of an old freight elevator, trapped dangerously high with an unwanted companion. Left with no phone signal as a storm approaches, and with no other way to reach hotel staff, tensions escalate and suspicions rise when Rose discovers the identity of the mysterious man is Daniel Reed, a camera operator who is seemingly obsessed with her.

In the documentary Doctor Who Am I, directed by Vanessa Yuille and Matthew Jacobs, “Doctor Who” screenwriter Matthew Jacobs is reluctantly dragged back into the American “Whoniverse” to face the fandom that brutally rejected his work 25 years earlier. In 1996, a “Doctor Who” TV movie was envisioned to lead the franchise into an exciting new future with a fresh direction but was met only by an outcry from disapproving fans. The documentary follows the film’s screenwriter Matthew Jacobs as he is pulled back into the world of “Doctor Who” fandom, where he unexpectedly finds himself a kindred part of this close-knit, yet vast, family of fans. The documentary features the original cast of the 1996 movie, including Paul McGann (The Three Musketeers, Queen of the Damned), Eric Roberts (Inherent Vice, The Dark Knight, The Expendables) and Daphne Ashbrook (“Star Trek: Deep Space Nine”).

“We at Kaleidoscope are excited to be working with the smart and talented team at Gravitas again; and delighted that these two great projects have found such a perfect home for North American audiences,” Daniel Cooper, director of sales at Kaleidoscope Film Distribution, said in a statement.

“Gravitas loves working with Kaleidoscope,” Brett Rogalsky, Gravitas Ventures’ manager of acquisitions, said in a statement. “They always find such compelling, quality content, and these two films are no different. Doctor Who Am I is a fun documentary that will continue to feed the massive ‘Doctor Who’ fanbase, and Stalker is a welcome and unique addition to the thriller genre.”