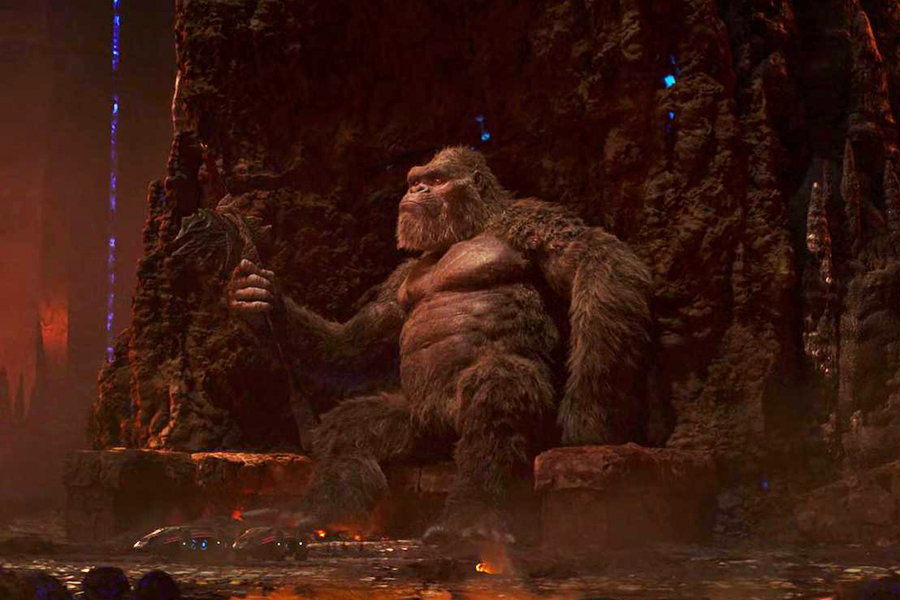 The monster movie faced little in the way of new competition during a week with a new-release slate marked mostly by catalog titles.

As such, the No. 2 overall disc seller, and No. 6 on the Blu-ray Disc chart, was Warner’s 1996 live-action/animation hybrid sports comedy Space Jam. With interest for the title already building in advance of the July 16 premiere of its sequel, Space Jam got a further boost with the July 6 release of a new 4K Ultra HD Blu-ray edition, which accounted for 21% of the title’s overall sales (the regular Blu-ray comprised an additional 5% of Space Jam unit sales).

Universal Pictures’ actioner Nobody slipped to No. 3 on the overall disc sales chart, but remained No. 2 on the Blu-ray Disc chart for a third week.

Disney’s animated fantasy Raya and the Last Dragon dropped a spot to No. 4 on the overall disc chart, but rose a spot to take No. 3 on the Blu-ray chart.

The No. 5 overall disc seller was Universal’s 1982 sci-fi classic E.T. — The Extra-Terrestrial, with 85% of its sales for the week coming from its legacy DVD edition.

The No. 4 Blu-ray Disc seller was Warner’s direct-to-video animated movie Batman: The Long Halloween — Part One, which was No. 7 on the overall disc sales chart.

The No. 5 Blu-ray was the action comedy Scott Pilgrim vs. the World, a 2010 cult hit that got a boost by a new 4K Ultra HD Blu-ray edition from Universal Pictures. It was No. 20 on the overall disc chart.

In fact, a number of catalog titles made their way into the Blu-ray top 10 thanks to new Blu-ray and 4K releases. New Criterion Collection editions of Memories of Murder (a 2003 movie from Oscar-winning director Bong Joon Ho released on Blu-ray in April), the 1975 Russian film Mirror, 1982’s Fast Times at Ridgemont High (a May Criterion release), 1938’s Bringing Up Baby and the World of Wong Kar Wai boxed set (released in March) were No. 7, No. 8, No. 9, No. 10 and No. 13, respectively, on the Blu-ray chart, likely owing to the annual Barnes & Noble Criterion sale that runs through Aug. 2.

A new 4K Ultra HD Blu-ray edition of the notorious 1986 comic book movie Howard the Duck, from Universal, pushed that film to No. 11 on the Blu-ray chart.

On the Media Play News rental chart for the week ended July 11, Nobody took No. 1 and Godzilla vs. Kong was No. 2 for a third straight week.

Universal’s The Marksman rose two spots to No. 3, followed by Warner’s Tom & Jerry at No. 4 and the Redbox-exclusive Lansky at No. 5.