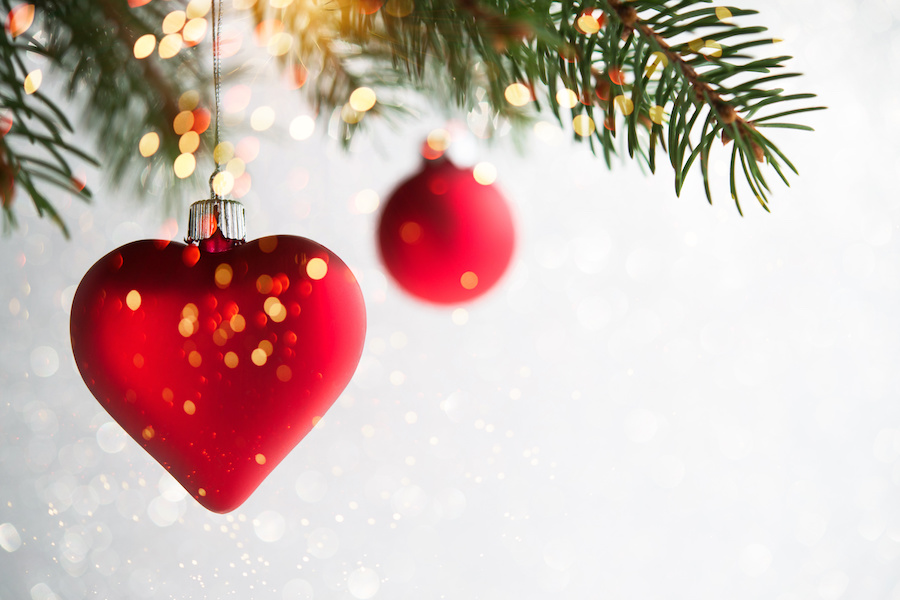 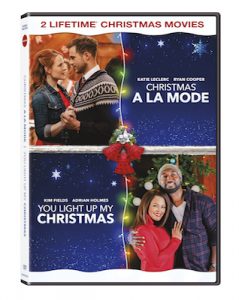 In Christmas à la Mode, when a handsome stranger, Charlie, visits the family dairy run by Emily during Christmas time, Emily has to hide her attraction to him when it turns out he works with her ruthless sister who plans to sell the farm. Emily dreams up an ingenious plan to buy her sister out — an online ice-cream flavor contest that goes viral — but it’s up to Charlie to supply the key ingredient — and a recipe for romance.

You Light Up My Christmas follows Emma (Kim Fields), who returns to her hometown built around her family’s pioneer Christmas light factory to find the lights dim in the once festive town. Emma reconnects with her old flame and they set out to fulfill her father’s dream of creating the brightest light, as both the town and their hearts are set ablaze by the joys of Christmas. Lisa Whelchel, Mindy Cohn and Nancy McKeon — who costarred with Fields in the iconic TV series “The Facts of Life” — reunite as new characters in this charming holiday film inspired by true events. 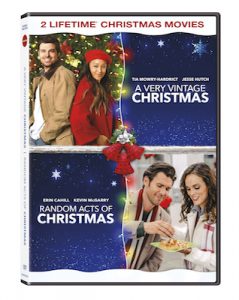 In A Very Vintage Christmas, when hopeless romantic Dodie (Tia Mowry-Hardrict), owner of a vintage store in the quaint town of Mountain View, finds a box with old keepsakes chronicling a timeless romantic union, she decides she must deliver it to its rightful owner. She persuades Ed (Jesse Hutch), a local contractor at the box’s listed address, to help in her quest, and in the end, they not only find the couple, they also rediscover the joys of Christmas — and true, ever-lasting love.

In Random Acts of Christmas, when anonymous random acts of Christmas kindness begin to pop up all over Chicago, investigative journalist Sydney joins forces with competing reporter Cole to land the big story of the festive season, and reveal the identity of this “Secret Santa.” As the city — and Sydney — are caught up in the spirit of the season, Sydney starts to fall for Cole. But he may not be the man he claims to be, and Sydney must choose between her cynical mind and her newly opened heart. 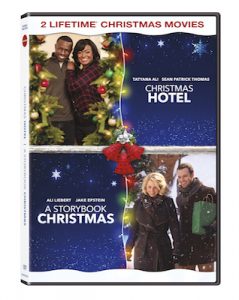 In Christmas Hotel, when Erin’s company asks her to open a hotel in her hometown of Garland Grove, a small mountain town in love with all things Christmas, she decides to create a year-round “Christmas Hotel.” But first, she’ll have to use all of her charms — and some holiday magic — to win over Connor, her childhood crush and the man spearheading the movement against her new hotel.

In the romance A Storybook Christmas, if event planner Celeste Everett is going to save her business and treat her niece to a merry Christmas, she’ll need help, so she hires a nanny. But when the nanny turns out to be Taylor, a man who challenges her beliefs and ignites her passion, Celeste comes to a surprising realization: The holidays may be bringing her the gift of love.

A Date by Christmas Eve/Grounded for Christmas 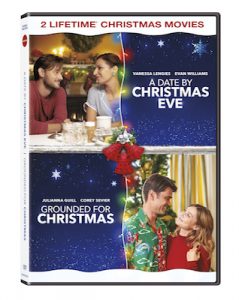 A Date by Christmas Eve follows kind-hearted brand strategist Chelsea Simms, who discovers the latest dating app for her firm, The Good List, has given her the magical ability to teach all the “naughty” people in her life how to be good with a swipe of their name. When Chelsea falls for her next-door neighbor, Fisher, she lets the app get the best of her and puts him on the naughty list by mistake. Can she right her wrongs, get Fisher’s forgiveness, and find her way back onto the “nice” list in time for Christmas?

In Grounded for Christmas, Cleveland airline pilot Nina Rooney has plans for an exotic getaway over the holidays, but a snowstorm grounds all flights. When arrogant, womanizing pilot Brady Sloane has nowhere to go, Nina invites him to her nearby family home on the condition that he lie about being her boyfriend so she can survive the night without getting grilled for being single. But the storm continues, and they must maintain the ruse. As Christmas draws near, will the ice between these opposites begin to melt? 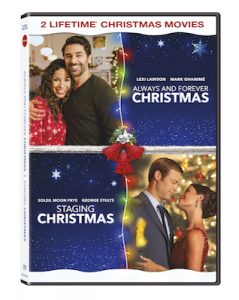 Always and Forever Christmas follows Lucy Bowers, who arrives in Stowe, Vt., to help finalize the sale of Forever Christmas — the year-round Christmas store she inherited from her grandfather — and instead finds romance with handsome café owner, Scott. After learning the vital role the store plays in spreading holiday cheer to the community, can she really go through with shutting it down, or is Lucy willing to leave the life she knows behind to recapture the true magic of Christmas?

In Staging Christmas, it’s the holiday season, and for Lori, who stages homes for a living, it brings a special new client: Everett, a wealthy widower who asks Lori to design the perfect Christmas at his estate to surprise his daughter, Maddie. As Lori decks the halls of Everett’s home and spends more time with him, she realizes she’s created more than the ideal holiday — she’s set the stage for love.

Every Day Is Christmas/Jingle Belle 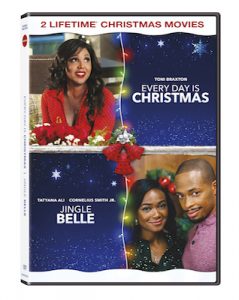 Every Day Is Christmas follows shrewd money manager Alexis Taylor (Toni Braxton), who gets the holiday visit of a lifetime in this movie inspired by the Charles Dickens classic “A Christmas Carol.” A self-proclaimed workaholic who “hum-bugs” love, Alexis ends up embracing the spirit of Christmas when her past, present, and future collide, forcing her to risk the one thing money can’t buy: her heart.

In Jingle Belle, every year, Isabelle (Tatyana Ali) and her high school sweetheart, Mike (Cornelius Smith Jr.), rocked their small town’s annual Christmas Eve Pageant with a sweet Christmas duet. But after graduation, Isabelle left to study at Juilliard in New York — leaving Mike behind. Years later, Isabelle returns to her hometown to write music for the annual Christmas Eve Pageant, which Mike is directing. Can Isabelle and Mike put the past behind them and reunite on stage for another show-stopping duet?