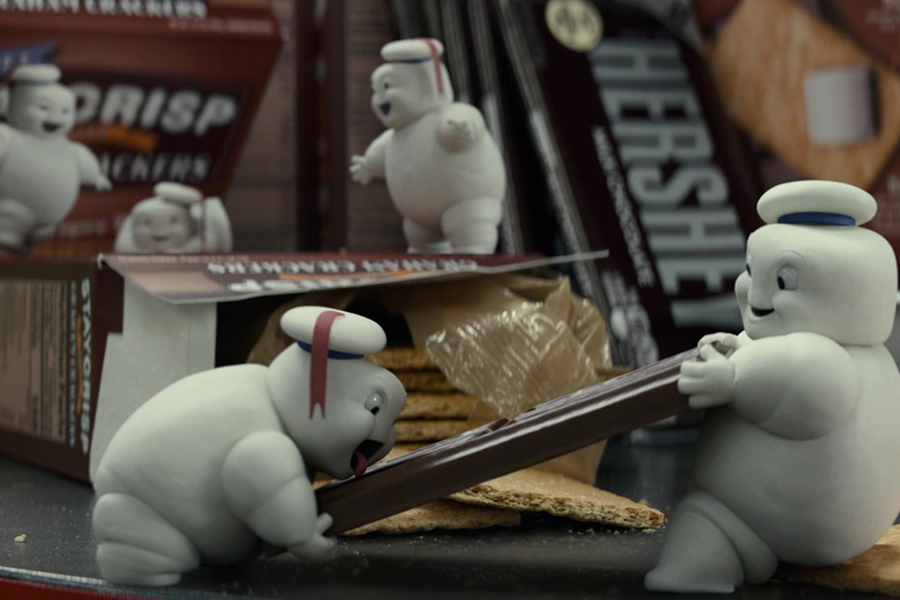 Sony Pictures Home Entertainment’s Ghostbusters: Afterlife was No. 1 on the top 10 list of home video sales for February 2022, according to the NPD Group’s VideoScan tracking service that compiles DVD, Blu-ray and digital transactions.

A continuation of the 1980s “Ghostbusters” films, Afterlife focuses on a family that moves to Oklahoma and discovers the legacy of the original Ghostbusters team. It was directed by Jason Reitman, son of the late Ivan Reitman, who directed the first two films and produced this continuation of the franchise (which ignores a 2016 remake). The elder Reitman died Feb. 12, not long after the film’s Feb. 1 release on Blu-ray and DVD. Afterlife was the top disc seller its first two weeks on shelves. A collection of the three Reitman “Ghostbusters” films was No. 7 for the month.

The No. 2 seller in February was Disney’s Encanto, the 60th official feature release from the Walt Disney Animation Studio dating back to 1937. It was released on disc Feb. 8 and entered the year-t0-date chart at No. 4.

The month’s No. 3 title was another Disney release, Marvel Studios’ Eternals, the 26th entry in the Marvel Cinematic Universe. The film tells the story of a group of superpowered aliens who have been guiding and protecting human civilization for thousands of years.

No. 4 in February was Paramount’s Clifford the Big Red Dog, released on disc Feb. 1. Adapted from the children’s book series of the same name, the film tells the story of a young girl who befriends an enormous red puppy.

Another February disc release, Sony Pictures’ Resident Evil: Welcome to Raccoon City, was No. 5 for the month. The reboot of the horror franchise based on the popular video game series arrived on Blu-ray and DVD Feb. 8.

On the year-to-date chart, MGM’s No Time to Die, the latest James Bond actioner distributed on DVD and Blu-ray by Universal Pictures Home Entertainment, remained No. 3.

Universal Pictures’ Halloween Kills slipped three spots on the year-to-date chart to No. 5.

Eternals moved up to No. 6 on the year-to-date chart, while Clifford placed No. 8 and Resident Evil was No. 9.