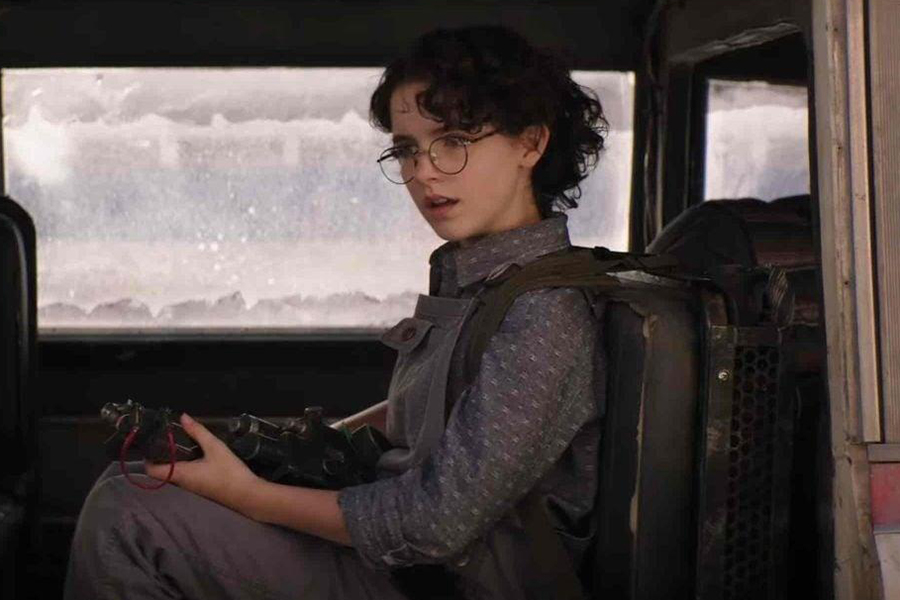 However, the “Ghostbusters” sequel dropped to No. 2 on the Blu-ray Disc chart, where Disney’s newest animated film, Encanto, debuted at No. 1.

Encanto, which earned $94 million at the domestic box office, was the No. 2 overall disc seller for the week, selling 95% as many copies as Afterlife. But because 60% of its unit sales were of its Blu-ray Disc editions (40% regular Blu-ray and 20% 4K Ultra HD), compared with 56% for Afterlife (44% regular, 12% UHD), Encanto edged out Afterlife on the Blu-ray Disc chart by 0.67%.

The No. 3 title on both charts was another newcomer, Resident Evil: Welcome to Raccoon City from Sony Pictures Home Entertainment. The seventh “Resident Evil” film is a reboot of the film series based on the popular video game franchise of the same name. It earned $17 million at the domestic box office and sold about 56% as many copies as the top seller.

Paramount Home Entertainment’s Clifford the Big Red Dog slipped two spots to No. 4 on the overall disc sales chart, and was No. 5 on the Blu-ray chart.

The No. 5 overall disc seller, and No. 4 on the Blu-ray Disc sales chart, was Warner’s new adaptation of Dune.

Several other new releases managed to debut in the top 20 as well. Warner’s King Richard, a biopic about the father of Venus and Serena Williams and how he pushed them to become tennis superstars growing up, was No. 6 overall and No. 10 on the Blu-ray Disc chart. It had 43% of its sales come from HD formats (37% regular Blu-ray, 6% UHD).

No. 11 overall, and No. 6 on the Blu-ray Disc chart, was Warner’s latest animated book movie based on DC characters, Catwoman: Hunted, a crime caper about the Batman villain and love interest. Released only with Blu-ray options (Walmart didn’t offer its usual DVD-only exclusive for DC animated movies), it had 28% of its sales come from 4K Ultra HD discs.

The latest release from the Bruce Willis action-thriller factory, RLJ Entertainment’s Apex, debuted at No. 17. The film was the centerpiece of a recent Red Letter Media video exploring the recent slate of low-budget actioners touting Willis as a star despite his sometimes minimal involvement in the actual plot.

No. 19 on the overall disc sales chart was Stargirl: The Complete Second Season, the latest batch of episodes from the CW live-action superhero show that, like Catwoman: Hunted, also is based on DC Comics characters.

The Media Play News rental chart the week ended Feb. 13 had Ghostbusters: Afterlife in the top spot for a second week.

Resident Evil: Welcome to Raccoon City and King Richard debuted as the No. 2 and No. 3 rentals, respectively.

Slipping two spots each to round out the top five were Clifford the Big Red Dog at No. 4, and Dune at No. 5.