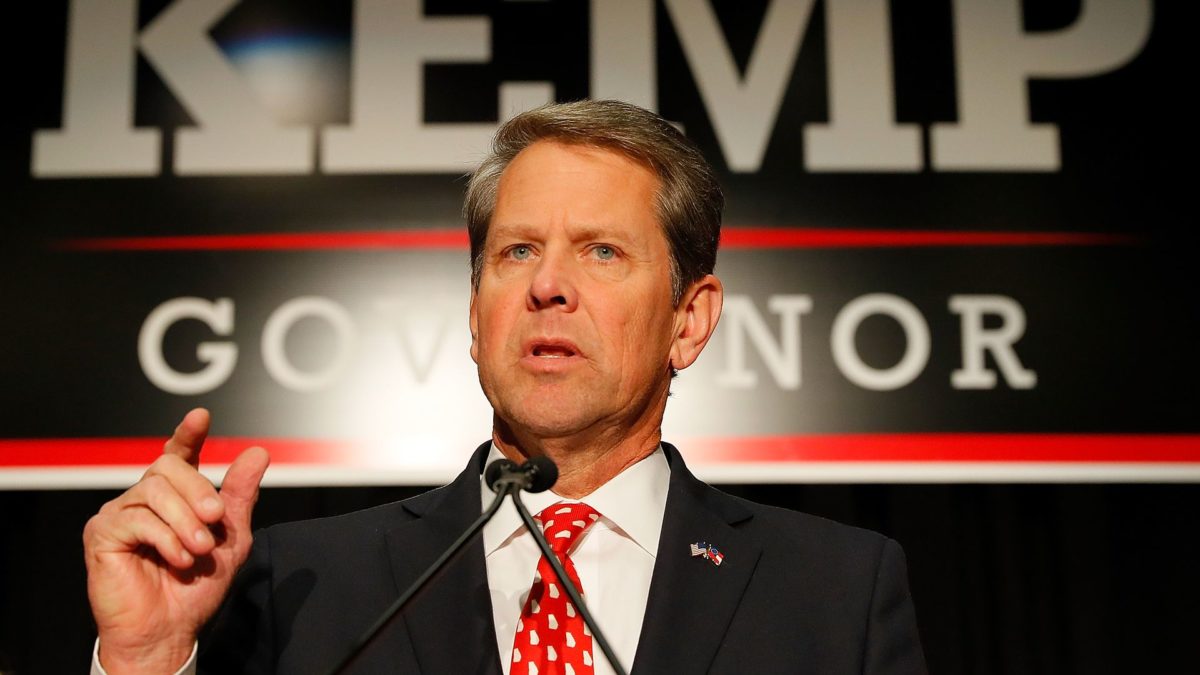 After scuttling a planned May 22 visit to Hollywood studios in Los Angeles, Georgia Gov. Brian Kemp the next day visited local production facilities to thank them for doing business in the Peach state.

Thanks to lucrative tax incentives, film and TV productions employ more than 5,000 people in Georgia, reportedly generating a $9.5 billion fiscal economic impact in 2017, including $2.7 billion in direct spending.

The state trailed only Canada as primary production home for the 100 top-grossing domestic films in 2017. It was home to more than 455 productions in 2018, according to the governor’s office.

The PR tour was in response to growing backlash following Kemp’s May 7 signature of an anti-abortion “heartbeat bill” that prohibits a woman from terminating a pregnancy after six weeks — a time period before many women even know they’re pregnant.

Georgia currently bans abortions after 20 weeks of pregnancy. The bill, which goes into effect in 2020, would also allow authorities to investigate women who miscarry.

While initial reaction in Hollywood was limited compared to a previous attempt by Georgia lawmakers to ban same-sex marriage, producers, directors and actors are beginning to speak up.

Actress/activist Alyssa Milano got the ball rolling on social media, delivering a letter to Kemp signed by 50 celebrities who vowed to boycott the state if the bill was signed into law.

Actor Jason Bateman said he would no longer work in the state, which is the production location (Lake Lanier) to his Netflix original series, “Ozark,” among others.

Producers of Amazon Prime Video original series “The Power” reportedly have stopped scouting the state for locations in response to the bill.

“We feel we have to stand up for a woman’s right to choose what happens to her body, and so while this is not a decision we have taken lightly, we feel strongly that it is the right one at this point in time,” Jane Featherstone and Naomi De Pear, said in a statement.

Kristen Wiig and her creative team behind Bridesmaids confirmed to CNN that production of her new comedy, Barb and Star Go to Vista Del Mar, had pulled out of Georgia in response to the bill.

CNN reported that Christine Vachon, CEO of Killer Films; David Simon, creator of “The Wire” and “The Deuce”; and Mark Duplass of Duplass Brothers Productions have all said they will not film in Georgia.

Separately, directors J.J. Abrams and Jordon Peele issued a statement in support of “women in Georgia,” adding that they would donate episodic fees of their new series, “Lovecraft Country,” to the ACLU of Georgia and Fair Fight Georgia, an organization seeking to reform state elections.

Kris Bagwell, who runs EUE Screen Gems in Atlanta, told The Atlanta Journal-Constitution he recently lost a Netflix movie that would have brought about 300 jobs.

“The passage of this law threatens to destroy a significant portion of 11 years of goodwill between Georgia and the national film and television production industry,” Bagwell said. “Isn’t the first rule of job creation ‘Don’t shoot the jobs you already created?’”

“We value and protect innocent life in Georgia — even though that makes C-list celebrities squawk,” the governor told a recent GOP convention in Savannah.