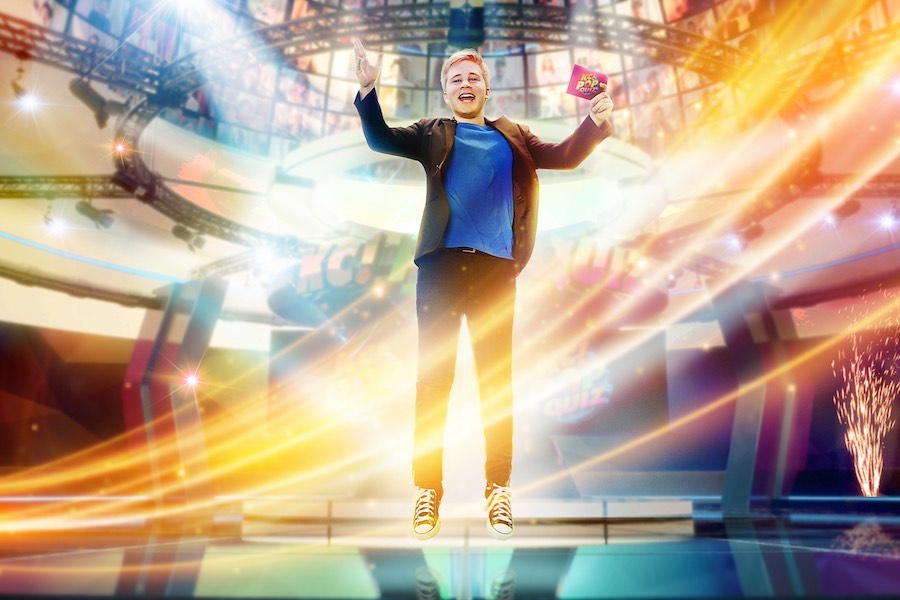 “KC! Pop Quiz” is a daily game show based on pop culture hosted by Casey Simpson, star of the “Nickelodeon” series “Nicky, Ricky, Dicky & Dawn” and an influencer across TikTok, Twitter and YouTube, with a social media following of more than 12 million.

In “KC! Pop Quiz,” aimed at kids 6  to 11 years old, two kid contestants (aged 9-12) compete head-to-head, answering questions correctly to earn points, which are redeemable at the end of the game for prizes selected from a virtual prize room. The winner returns to play again the next game.

Question topics come from pop culture, such as music, movies, social media, sports, toys and gaming. There are also general knowledge questions in categories that include geography, history, language, science and technology. In each episode, contestants are given the opportunity to win kid-centric items ranging from Macbooks to Xbox consoles and iphones to a chocolate fountain and a giant gummy worm. Nobody goes home empty-handed.

“There is simply nothing like this show out there for kids and families today,” Kartoon Channel! president Jon Ollwerther said in a statement. “‘KC! Pop Quiz’ is a high-energy game show that offers kids a highly engaging entertainment experience with cool prizes, that speak to today’s kid in their own language. Where else can kids test their knowledge of Roblox, Justin Bieber and JLo all in one place?”