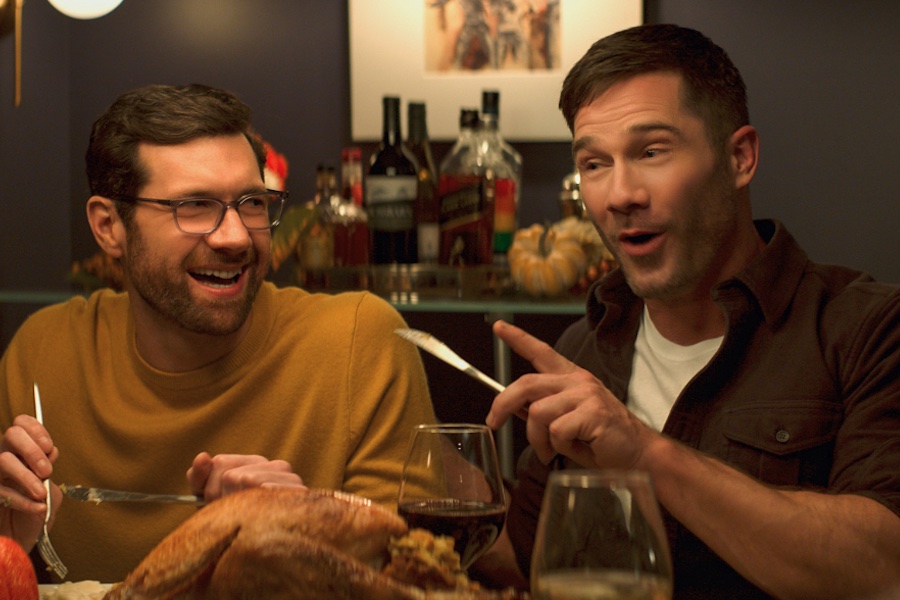 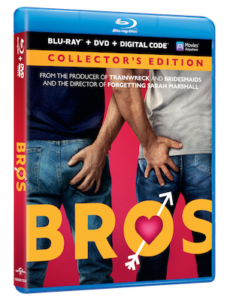 The gay rom-com Bros will be available to own on digital, Blu-ray and DVD Nov. 22 from Universal Pictures Home Entertainment.

Four-time Emmy nominee Billy Eichner (“Billy on the Street”) stars in the feature from filmmakers Nick Stroller (“Neighbors” franchise, Forgetting Sarah Marshall) and Judd Apatow (The King of Staten Island, Trainwreck). The comedy follows two gay men and explores how hard it is to find another tolerable human being to go through life with.

Bonus features include deleted scenes, a gag reel, and behind-the-scenes featurettes with the cast and crew.