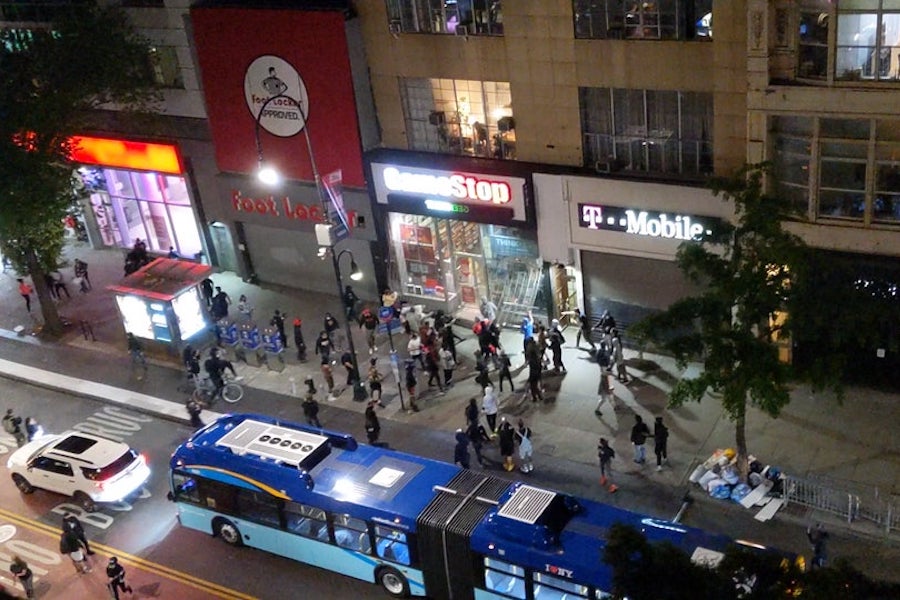 GameStop June 9 said it temporarily shuttered 100 stores in the United States to protect employees from violence and looting as a result of civil unrest following the Memorial Day killing of George Floyd at the hands of Minneapolis police. The nation’s largest video game chain said 35 of the stores would be closed indefinitely due to damages sustained by protesters.

Speaking on the fiscal call, CEO George Sherman said that as an act of solidarity for social justice, all GameStop stores in Minneapolis, Fayetteville and Houston were closed for their respective Floyd memorial services.

“At GameStop, we stand against this injustice,” Sherman said.

As previously disclosed, GameStop announced it lost $130 million in the first quarter (ended May 2). This compared with net income of $6.8 million during the previous-year period.

The nation’s largest video game retailer attributed the loss to store shutdowns due to the coronavirus pandemic, a $53 million non-cash tax charge associated with the valuation allowance against deferred tax assets, an additional $18.5 million in incremental wages paid to our hourly associates to help offset lost wages due to store closures from the pandemic, and approximately $3 million in incremental costs associated with safety materials and equipment to ensure the safety of our customers and associates.

March 22 GameStop temporarily closed all 3,526 of its U.S. locations — with approximately 65% of these locations conducting a limited curbside pickup offering. During the final six-weeks of the fiscal quarter, about 90% of the company’s global stores were closed to customer access and only Australia, which represents about 10% of the global store count, remained fully open and accessible to customers; another 42% remained open for limited curbside delivery and 48% remained fully closed. In Australia, where all stores remained open for business during the first quarter, increased demand drove a 35% comparable store sales increase.

Sherman remained upbeat on the numbers, suggesting that without COVID-19, the chain has turned a fiscal corner back to profitability.

“Our performance included total sales just shy of our original expectations, even as stores closed due to the pandemic and key video game titles shifted to the second and third quarters, exacerbating the headwind from operating in the final stage of a console cycle,” Sherman said in a statement. “Even more impressive is that our e-commerce sales grew 519% and more than 1,000% during the six weeks that our store base temporarily closed to customer access. We believe this reflects the loyalty of the GameStop customer and the confidence they place in us as their preferred place to shop.”