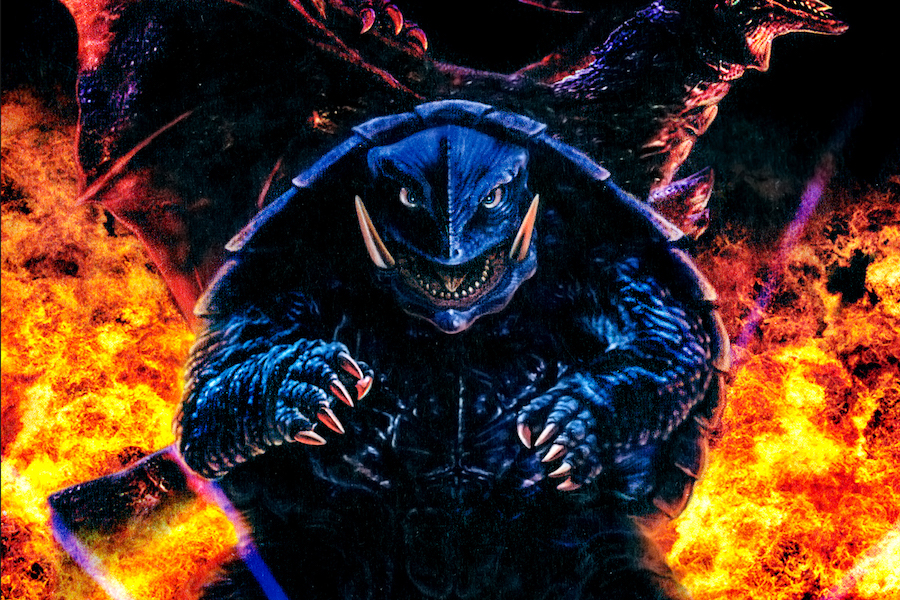 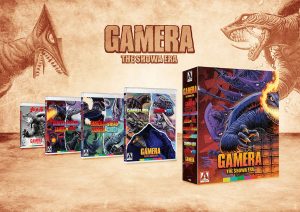 The Gamera: The Showa Era set includes four discs with Gamera: The Giant Monster, Gamera vs. Barugon, Gamera vs. Gyaos, Gamera vs. Viras, Gamera vs. Guiron, Gamera vs. Jiger, Gamera vs. Zigra and Gamera Super Monster. As giant monsters rampaged the Japanese cinematic landscape during the “kaiju boom” of the mid-1960s, Daiei Studios introduced a new character to the screen that would be embraced for generations: Gamera, the giant, flying, fire-breathing turtle, and friend of all children. Buried under the Arctic ice for several millennia, the colossal chelonian is unleashed upon Japan, leaving havoc in his wake. After becoming an unexpected box office sensation, Gamera returned several more times, leaping to the world’s defense against a motley assortment of evil creatures, from the death-ray-shooting flying terror Gyaos, to the knife-headed alien menace Guiron, to the underwater invader Zigra. The discs feature numerous extras, including commentaries, intros, making-of featurettes, galleries and more. 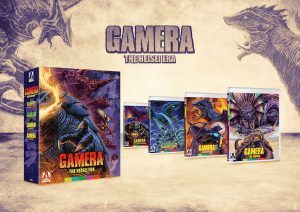 Gamera: The Heisei Era features four discs with the films Gamera: The Guardian of the Universe, Gamera 2: Attack of Legion and Gamera 3: Revenge of Iris as well as a bonus disc with Gamera the Brave, a mix of family-friendly adventure and kaiju action that is the most recent Gamera film to date. After laying dormant for 15 years, Gamera was rebooted for the big screen in this trilogy masterminded by director Shusuke Kaneko (Necronomicon), writer Kazunori Ito (Ghost in the Shell) and SFX director Shinji Higuchi (who went on to co-direct Shin Godzilla). Trading the campy kid-friendly surrealism of the earlier films for a darker, more realistic tone and innovative special effects, the films in the “Heisei trilogy” are still regarded as three of the best — if not the very best — kaiju films ever made. The discs feature numerous extras, including commentaries, intros, making-of featurettes, galleries and more.