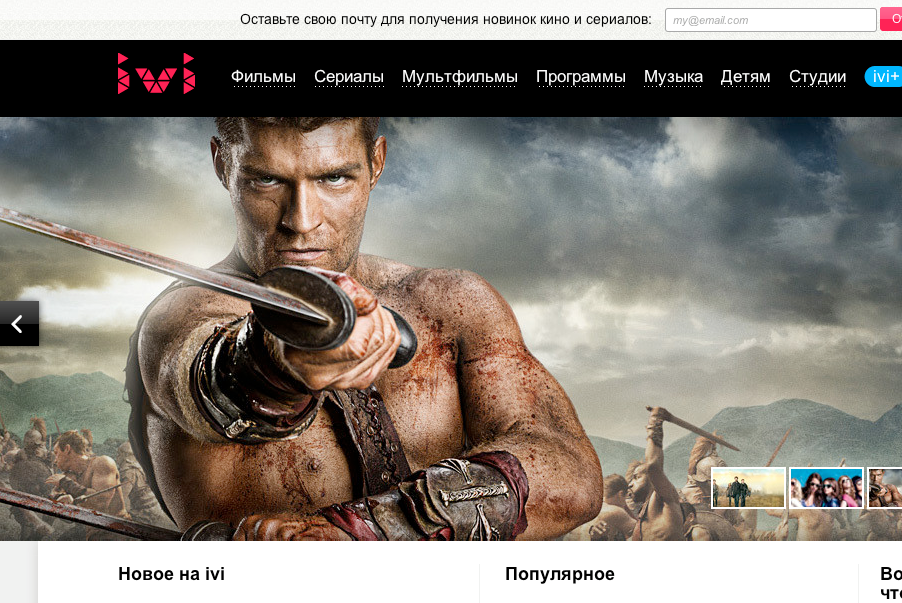 Russia’s relatively underdeveloped SVOD market is poised for growth over the next five years — aided in part by government regulation of Netflix and growth of native-born OTT video services.

The SVOD market doubled in size last year to RUB 6.6 billion ($83.5 million), exceeding the digital transactional VOD market for the first time, according to new data from Futuresource Consulting. The London-based research firm forecasts SVOD spending in Russia to increase by 1,000% by 2024.

Futuresource says Netflix is impeded in part by government legislation limiting the service to 100,000 viewers per day. As a result, homegrown OTT video players are taking command of the streaming landscape, leveraging enormous financial investment and ramping up the competitiveness of the sector. Kinopoisk HD, IVI and Okko are the frontrunners, all of them implementing a range of three different OTT business models, including SVOD, TVOD and ad-supported VOD.

“AVOD has a far more important role to play in Russia than in other territories,” analyst Tara Patel said in a statement. “Leading services such as IVI achieve around half their revenue through advertising.”

Patel said AVOD acts as a steppingstone of sorts in OTT video, with users being upsold to SVOD. That’s in stark contrast to most other markets, where consumers supplement SVOD viewing with AVOD.

Digital sales of movies is also a prominent feature on the Russian video landscape. According to Futuresource, TVOD accounts for 74% of the home video market, compared to just 30% in the United Kingdom. This is due to a combination of ownership culture, rising affluence of the middle classes, a negligible physical market and a tightening of piracy control. Popularity of digital sales comes despite DVD and Blu-ray Disc never achieving a significant foothold in Russia because of piracy.

Among the top Russian OTT video services is Kinopoisk HD, developed by Yandex, Russia’s multi-billion-dollar search engine. Known as the “Google of Russia,” Yandex also employs an Amazon-like business model, with an e-commerce division and the option to subscribe to a Yandex+ service, which provides users with free shipping and access to KinoPoisk HD, as well as discounts for Yandex Taxis, a partnership with Uber.

“Yandex is built on robust financial foundations, allowing it to invest heavily in its Kinopoisk HD service,” Patel said.

The analyst said Kinopoisk HD was originally an online service providing information about movies and TV  shows. It was acquired by Yandex in 2013, with a 2015 redesign offering access to free ad-supported content via third-party services. The platform now provides paid-for content on a subscription or transactional basis.

“Like its rivals, Kinopoisk HD has been making significant investments in local productions, which are more appealing in Russia than American shows,” Patel said. “Investment in Kinopoisk HD not only captures new subscribers but is also used to prevent churn from Yandex+.”

In terms of consumer spend, IVI is Russia’s largest SVOD service, accounting for almost 50% of all SVOD revenue in the country, according to Futuresource. Backed by one of Russia’s largest commercial banks, Alfa Bank, the SVOD service has been operational since 2010 and began as an AVOD service before diversifying into subscription and transactional offerings. IVI has been successful in transitioning its customers onto paid subscription services, though it still makes most of its content available on AVOD. IVI is also strong on its transactional offerings, hosting “IVI weekends,” where it offers cheap video rentals.

Finally, Okko is the third largest SVOD service in Russia and the leading electronic sellthrough service, which was the company’s original focus. Okko built its reputation with a premium transactional service before beginning to invest in SVOD. Sberbank, a major state-owned bank, acquired a 46.5% stake in Okko’s holding company and has recently announced preparations for additional investment. As well as providing a significant cash injection, Sberbank is preparing Okko for accelerated growth, aiming to make the multimedia service the largest OTT platform in Russia as soon as in 2021.