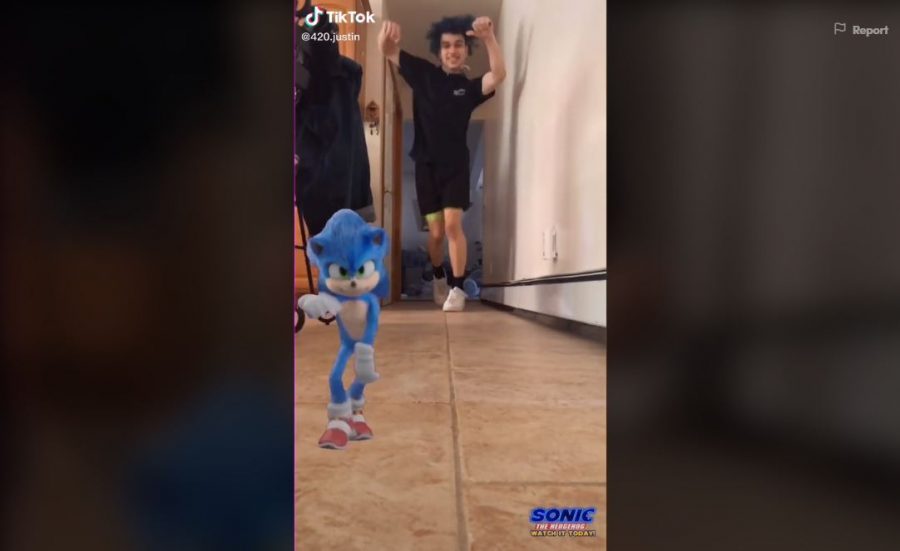 Dancing with Sonic on TikTok