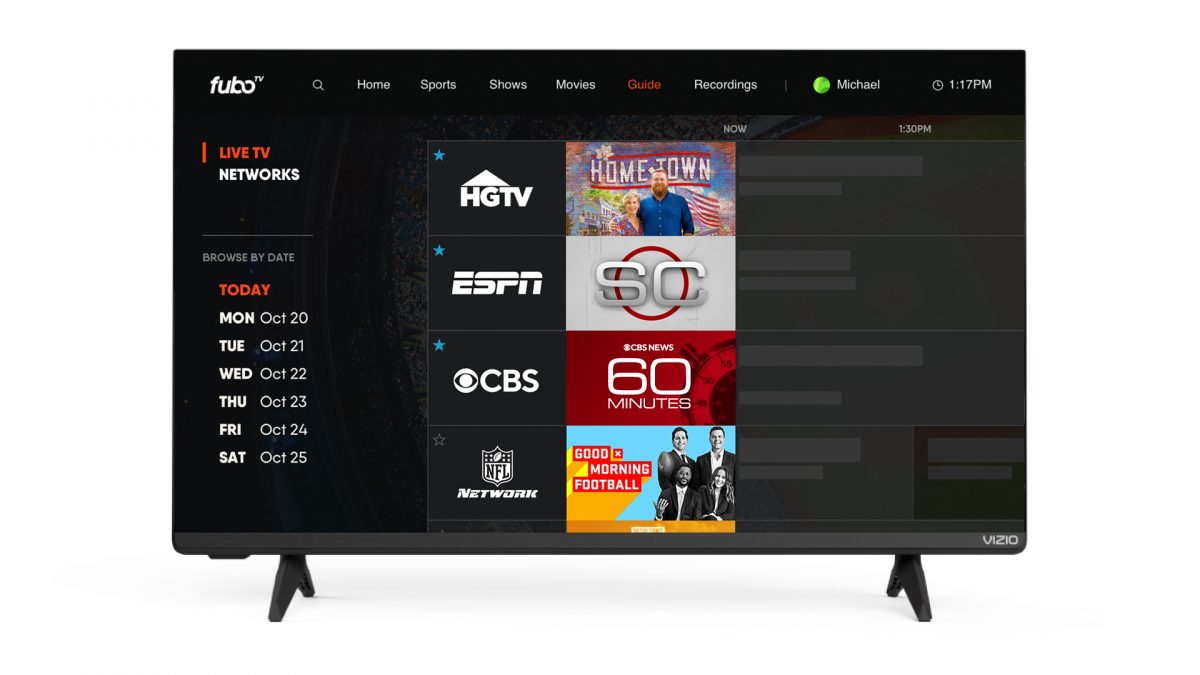 Vizio Sept. 9 announced that online live sports TV streaming platform FuboTV is now available on its ad-supported SmartCast platform. With a subscription to FuboTV, SmartCast users have access to more than 100 streaming channels.

“About 94% of FuboTV subscribers watch sports, news and entertainment on the big screen,” Len Landi, SVP of business development for FuboTV said in a statement. “It’s a perfect marriage as we gear up for the fall sports season.”

The FuboTV app on SmartCast TVs offers up to six users within a subscription to have their own set of recordings (which never expire), personalized recommendations, and a program guide that is unique to their content preferences.

Users also have a customized program guide, in addition to the ability to record entire seasons of a show, and record all content related to a favorite team, among other options.

“Sports continue to be one of the most popular categories of programming on television, so FuboTV’s offering with an impressive array of live sports programming as well as hundreds of other entertainment options is a welcome addition to the SmartCast lineup,” said Katherine Pond, VP of business development at Irvine, Calif.-based Vizio.