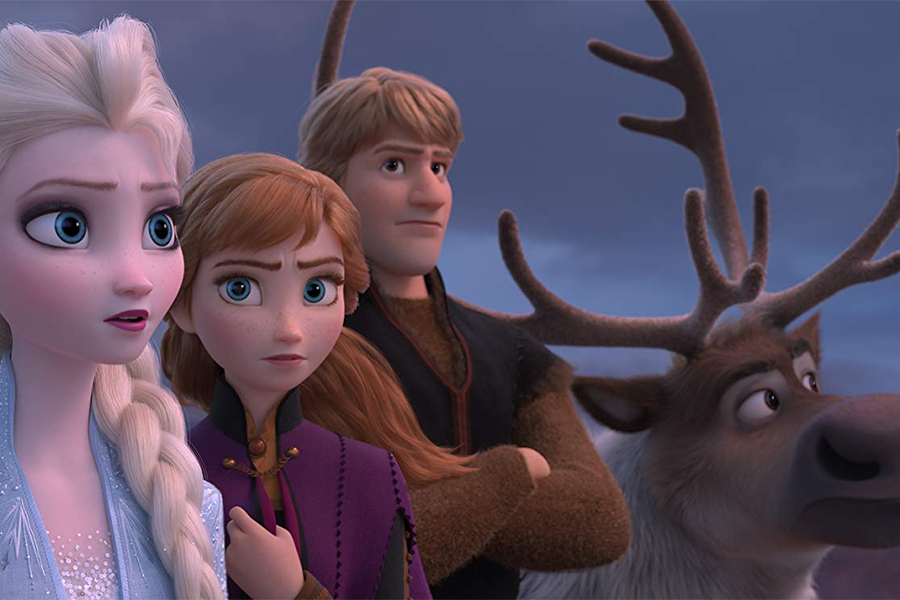 Though four new releases landed in the top 10 disc sellers for the week ended March 14, Disney’s Frozen II was the top selling title for a third week on both the NPD VideoScan First Alert chart, which tracks combined DVD and Blu-ray Disc unit sales, and the dedicated Blu-ray Disc sales chart.

The animated sequel still has a long way to go to match its predecessor; the first Frozen took the top spot nine times in 2014. Frozen II is likely to fall from the top spot with the release of Jumanji: The Next Level on disc, though store closures and travel limitations brought on by the response to the coronavirus pandemic will likely have an impact on disc sales for weeks to come. Frozen II is also now available for streaming on Disney+, which should also impact its future sales.

The week’s top newcomer was the animated Spies in Disguise, from Disney-owned 20th Century Fox. The film earned $66.8 million at the domestic box office.

Lionsgate’s Knives Out slid a spot to No. 3 on both charts. Another Lionsgate release, Midway, slid to No. 4 on the overall sales chart and No. 5 on the Blu-ray chart.

Uncut Gems, also from Lionsgate, debuted at No. 5 on the overall chart and No. 4 on the Blu-ray chart. The thriller, which features an acclaimed performance by Adam Sandler, earned $50 million at the domestic box office.

Additional newcomers on the top 10 list include Sony Pictures’ new Charlie’s Angels, which was No. 6 on both charts after a disappointing $17.8 million U.S. box office haul; and yet another Lionsgate release, Bombshell, the sexual harassment drama that earned $31.8 million at the domestic box office and won an Oscar for Best Makeup and Hairstyling.

On the Media Play News rental chart for the week ended March 15, Spies in Disguise took the top spot, with Uncut Gems at No. 2.

Knives Out dropped to No. 3, with Charlie’s Angels at No. 4 and the previous week’s top rental, Frozen II, at No. 5.