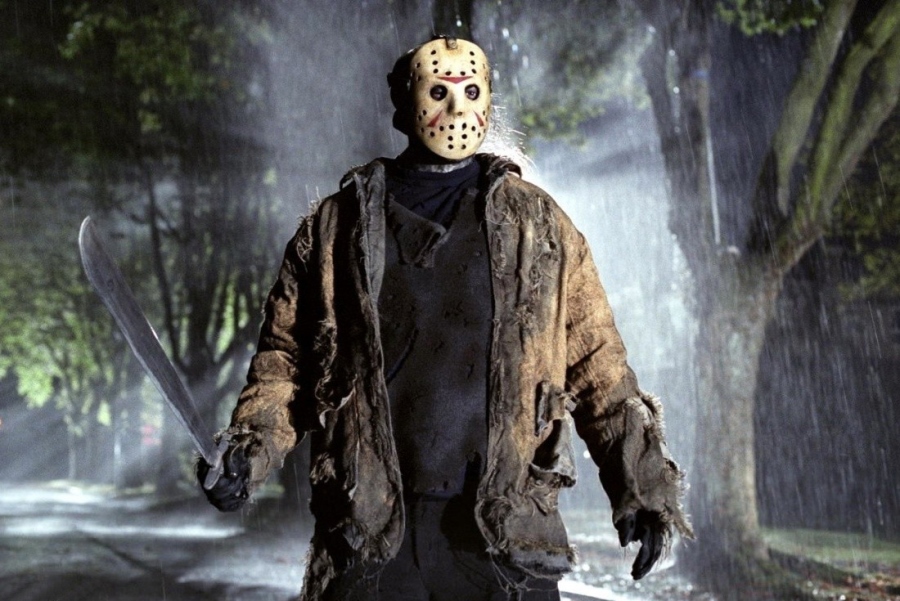 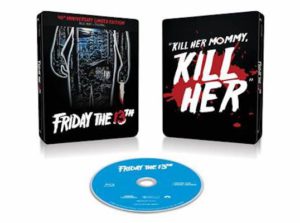 A 40th Anniversary Blu-ray steelbook of Friday the 13th will come out June 16 from Paramount Home Entertainment.

Originally hitting screens May 9, 1980, Friday the 13th spawned one of the longest-running and most successful horror franchises in film history, with 11 subsequent movies.

The horror classic follows a group of young counselors preparing for the reopening of Camp Crystal Lake, where a boy drowned years earlier.  One by one, the counselors are stalked by a mysterious and violent killer.  The film stars Betsy Palmer, Adrienne King and Kevin Bacon.

The limited-edition Blu-ray steelbook features artwork from the original movie poster and includes the uncut, unrated version of the film, as well as access to a digital copy of the original theatrical version. It also includes previously released bonus content including commentary, interviews with cast and crew, and behind-the-scenes featurettes.