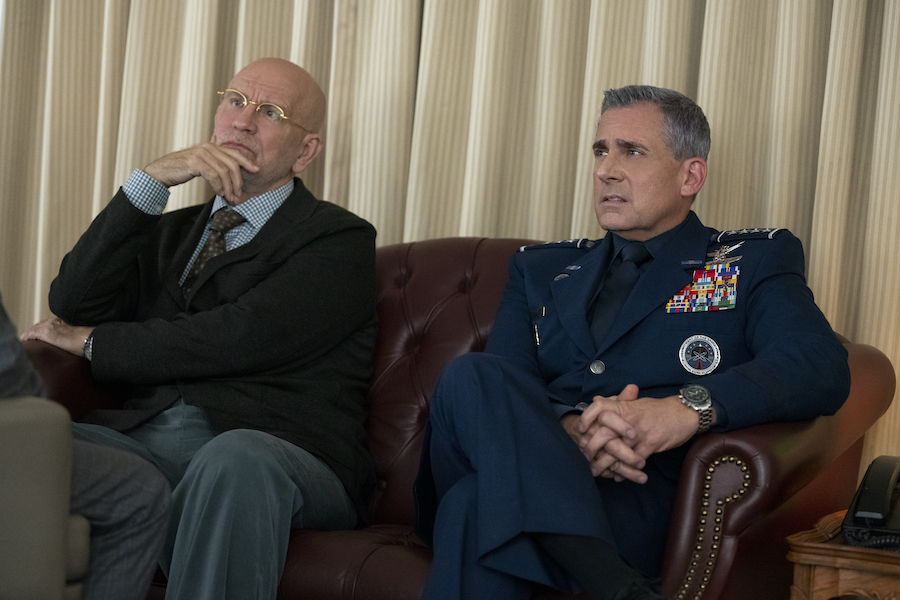 Free Guy began streaming on two services, HBO Max and Disney+, Feb. 23. The action comedy stars Ryan Reynolds as a bank teller who discovers he is actually a background player in an open-world video game and decides to become the hero of his own story. It debuted in theaters in August.

“Space Force,” season two of which began streaming Feb. 18, stars Steve Carell, John Malkovich and Ben Schwartz. In the series, a four-star general (Carell) teams up with an eccentric scientist (Malkovich) to get the U.S. military’s newest agency, Space Force, ready for lift off.

Dropping to No. 2 on the streaming movies chart was The King’s Man, which like Free Guy also is streaming on two services, HBO Max and Hulu. The action thriller, which began streaming Feb. 18, tells the origin story of the world’s very first independent intelligence agency and is set during World War I. It came out in theaters in December.

Landing at No. 3 on the streaming movies chart was A Madea Homecoming, which started streaming on Netflix Feb. 25. In the film, Madea’s back and not putting up with any nonsense as family drama erupts at her great-grandson’s college graduation celebration.

Falling from the top spot to No. 2 on the streaming originals chart was the reality dating series “Love Is Blind,” season two of which began to be released on Netflix in batches of episodes starting Feb. 11.

Landing at No. 3 on the streaming originals chart was Prime Video’s “The Marvelous Mrs. Maisel,” season four of which started streaming Feb. 17. Set in the late 1950s and early 1960s, it stars Rachel Brosnahan as a New York housewife who discovers she has a talent for stand-up comedy.