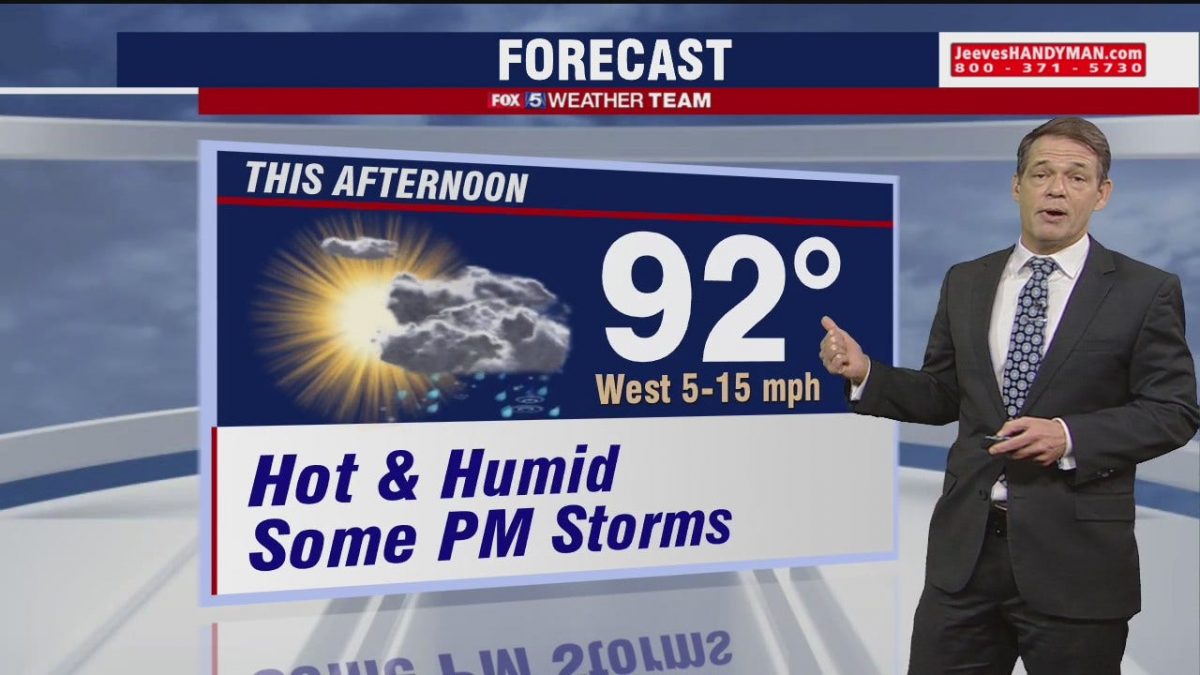 “This group of first-rate journalists’ specialized skills in meteorology, in-depth reporting and storm chasing will be an important component of our coverage as we launch and grow the platform,” Berg said in a statement.

Based out of Nashville, Tenn., Nicole Valdes joins the platform after a stint as a reporter at KNXV-TV, the ABC affiliate in Phoenix, where she was nominated for a Rocky Mountain Emmy award for her investigative journalism. Prior to her time in Phoenix, Valdes covered hurricanes and other major weather events for CBS affiliate WINK-TV in Fort Myers, Fla. Notably, while there, she reported live from the scene during a 7,200-acre wildfire that engulfed Collier County in 2018, and covered Hurricane Irma in 2017.

Steve Bender joins Fox Weather as a Miami based reporter. Most recently, he served as the morning meteorologist at KRNV-TV, the NBC affiliate in Reno, Nevada., where he covered major weather events since 2018, including the recent California wildfires. Previously, he anchored a morning news program in Shreveport, La., at NBC affiliate KTAL-TV and served as an evening meteorologist in Greenville, Miss., at the ABC/Fox affiliate WABG-TV. Throughout his career, he has covered a number of natural disasters, including Hurricanes Michael, Florence and Dorian.

Max Gorden will serve as a Los Angeles based field correspondent covering the West Coast. Previously, he served as a reporter and multimedia journalist at CBS affiliate KPHO-TV in Phoenix, where he worked for the past three years. Prior to that, Gorden was a multimedia journalist at WAOW-TV, the ABC affiliate in Wausau, Wis., before moving to Austin, Tex., as a reporter for Spectrum Cable News.

In addition, Berg named five multimedia journalists who will be reporting for the platform this fall. Nationally recognized storm chaser Will Nunley joins Fox Weather in this capacity based in Nashville, along with veteran reporter Robert Ray who is returning to Fox News Media as a multimedia journalist and storm specialist based out of Atlanta where he was a freelance reporter for The Weather Channel.

Katie Byrne joins the platform as a multimedia journalist based in Philadelphia, while Mitti Hicks joins in the same capacity based in New Orleans, and Hunter Davis will be stationed in Oklahoma City, Okla., in the same position. Byrne, Hicks and Davis were all part of FOX News Media’s Multimedia Reporter training program, which is run by Berg.