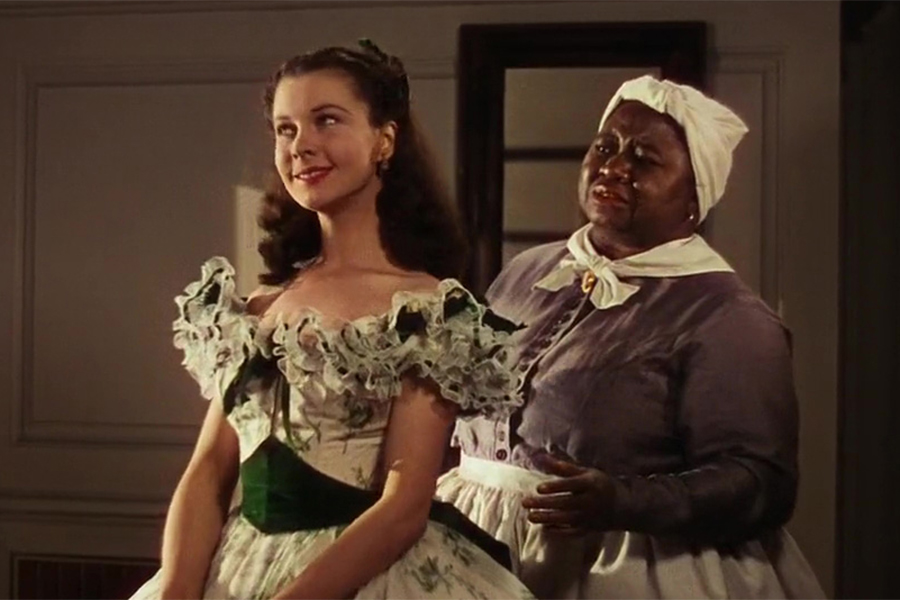 It’s the video game adaptation’s fourth-consecutive turn atop the charts, the first title to achieve a month at No. 1 since Sony Pictures’ Venom at the end of 2018 and beginning of 2019.

But the big surprise of the week was the surge experienced by 1939’s Gone With the Wind, distributed on disc by Warner Bros. The Oscar-winning classic, which has been the subject of criticisms for its handling of racially sensitive subject matter — slavery during the Civil War — and was very publicly removed from the HBO Max streaming service, which promised to return it with disclaimers and companion videos to provide some historical context for the film.

The publicity surrounding the film, however, seems to be fueling a newly formed adage of the modern collector — namely to own your favorite films and TV shows on physical media and watch them whenever you want, lest you become subjected to the whims of a digital retailer or streaming service that can pull them down at any time.

Gone With the Wind climbed to No. 2 on the overall disc charts for the week, and almost hit the top spot, selling 98% as many copies on disc as Sonic. With 34% of its sales coming from the Blu-ray Disc format, Gone With the Wind was No. 5 on the Blu-ray Disc sales chart. Many of the disc sales no doubt came from Walmart, which re-released catalog editions of the movie with a new slipcover — which promptly sold out at most stores once the HBO Max news hit. Most of the title’s listings at Amazon are not from the online store directly but from third-party resellers not likely to be tracked by the VideoScan service.

The week’s top newcomer was Universal’s The Hunt, the controversial political allegory about wealthy left-wing elites hunting right-wingers for sport. It debuted at No. 3 on the overall disc sales chart, selling 90% as many copies as Sonic, and was No. 2 on the Blu-ray chart, with 51% of its sales coming from the HD format.

The Hunt earned $5.8 million during a theatrical run shortened by the coronavirus pandemic lockdowns.

Holding the No. 4 spot on the overall disc chart and climbing to No. 3 on the Blu-ray chart was Warner’s Birds of Prey in its fifth week on shelves.

The No. 5 overall title and No. 4 Blu-ray was Disney’s Onward.

On the Media Play News rental chart for the week ended June 14, The Hunt debuted at No. 1. Universal’s The Invisible Man remake, which topped the rental chart the previous two weeks, slid to No. 2.

Disney-owned Fox’s The Call of the Wild was No. 3, followed by Birds of Prey at No. 4 and Sony Pictures’ Bad Boys for Life at No. 5.