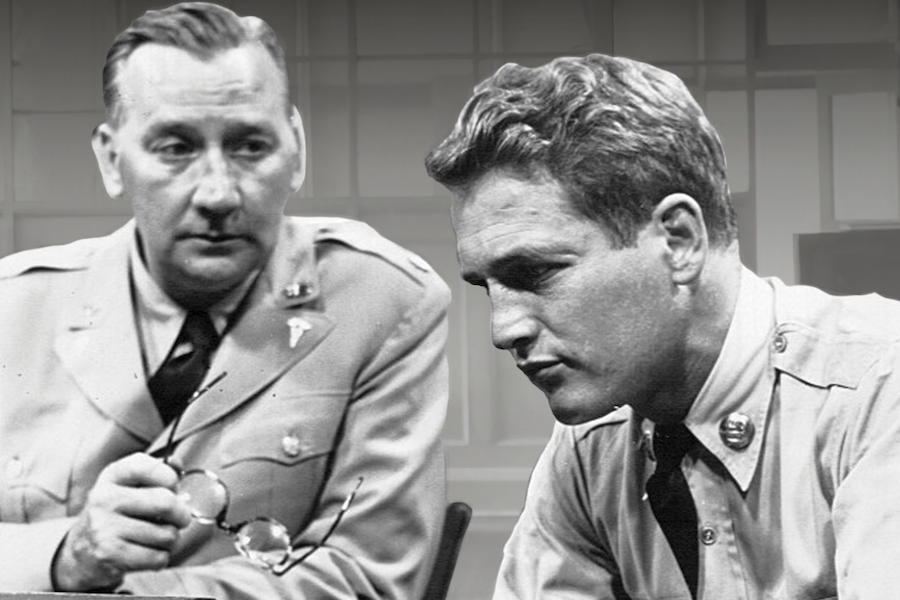 The Paul Newman Trilogy from the David Susskind Archive

Four titles from the David Susskind Archive — The Paul Newman Trilogy, The Power and the Glory, Harvey and The Bridge of San Luis Rey — are being released on DVD and digital this fall from MVD Entertainment Group. 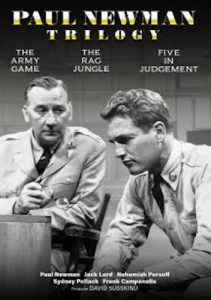 Three early live TV performances starring Paul Newman as a college kid, a clothing manufacturer and a cowardly soldier are available Oct. 5 in The Paul Newman Trilogy. Produced by David Susskind for inclusion in various TV anthology series, these shows have not been seen since their original air dates in 1956-57. Featuring all-star casts, headed by Newman, including Jack Lord, Nehemiah Persoff, Sydney Pollack and Frank Campanella, each episode contains the original commercials and previews of future shows. “Five in Judgment” has two hitchhiking college kids forced to seek shelter from a storm in a small town diner where they’re falsely accused of committing murder. The diner customers and owner terrorize the boys in the belief they committed the murder, only to discover the horrible truth. “The Rag Jungle” has Newman working for his father as a clothing manufacturer. They run up against racketeers demanding protection money, Newman refuses to pay and after his father is attacked, he organizes other manufacturers to stand up against the gangsters. “The Army Game” portrays Newman as a spoiled mama’s boy, a nine letter man in college and a narcissist who doesn’t want to be in the Army. His efforts to get a discharge anger his friends and barrack mates and it’s not until he’s attacked in the barracks that he’s given his discharge. 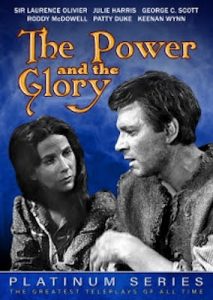 Also due Oct. 5 is The Power and the Glory (1961), based on the Graham Green novel. In the film, set in the 1930s, a cynical Catholic priest is sent to Mexico to preach in post-revolution Mexico: a cleric who risks his life by continuing to conduct the Catholic Mass in secret after the totalitarian government has outlawed the Catholic Church. In order to confer the Christian sacraments, the priest must have wine but his attempts to obtain wine will call attention to his clandestine activities. Featuring a cast with multiple Oscar winners, the film was released theatrically in Europe and was nominated for an Emmy and DGA awards. The novel was recommended reading by Barack Obama in 2008. 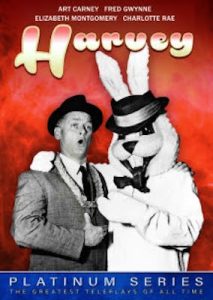 Due Nov. 9 is Harvey (1958). The classic stage hit gets the Hollywood treatment in the story of Elwood P. Dowd, an endlessly pleasant and delightfully eccentric bachelor living in a small town that isn’t aware that its newest citizen is an invisible, 6’3″ white rabbit named “Harvey” that only he sees. After his sister tries to commit him to a mental institution, Elwood and Harvey become the catalysts for the family to heal. Featuring an all-star cast (Art Carney, Larry Blyden, Fred Gwynne, Marion Lorne, Elizabeth Montgomery, Charlotte Rae, Jack Weston), the film master elements were provided by the Paley Center for Media. The novel won the 1945 Pulitzer Prize. 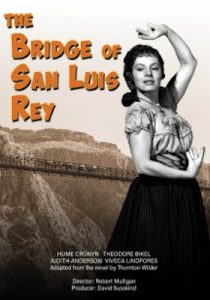 In The Bridge of San Luis Rey (1958), available Dec. 14, a friar is tried by the Inquisition for questioning God’s intentions when five die in the collapse of an Andean bridge. In early 18th century Peru (1714), an old Inca rope bridge over a gorge in the Andes, collapses, plunging five travelers to their deaths. Brother Juniper, who was within minutes of being on the bridge himself, becomes obsessed with discovering how five people of differing class and circumstances came to be on the bridge at that moment. The Catholic friar wants to know if it was mere existential happenstance or part of God’s cosmic plan. After researching the lives of the victims for five years and publishing his findings in a book, he is accused of heresy by the worldly Archbishop of Lima and put on trial for his life by the Inquisition. Starring Judith Anderson (who received an Emmy nomination for her role) and Theodore Bikel, Hume Cronyn, Rita Gam, Viveca Lindfors and Kurt Kaznar, the film originally aired as part of “Dupont Show of the Month.” The Bridge of San Luis Rey, Thornton Wilder’s second novel, won a Pulitzer Prize and is  No. 37 on the American Modern Library’s list of “100 Best 20th Century Novels.”