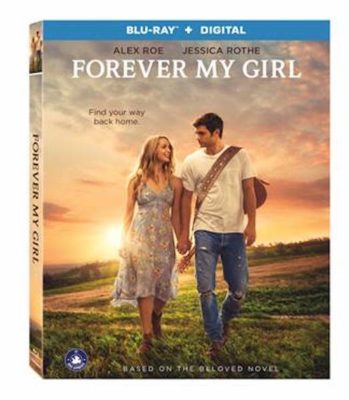 The romance Forever My Girl, about a country music superstar who finds himself torn between his career and his one true love, will bow on digital April 10 and Blu-ray (plus  digital), DVD and On Demand April 24 from Lionsgate.

The Forever My Girl Blu-ray and DVD will be available for the suggested retail price of $24.99 and $19.98, respectively.