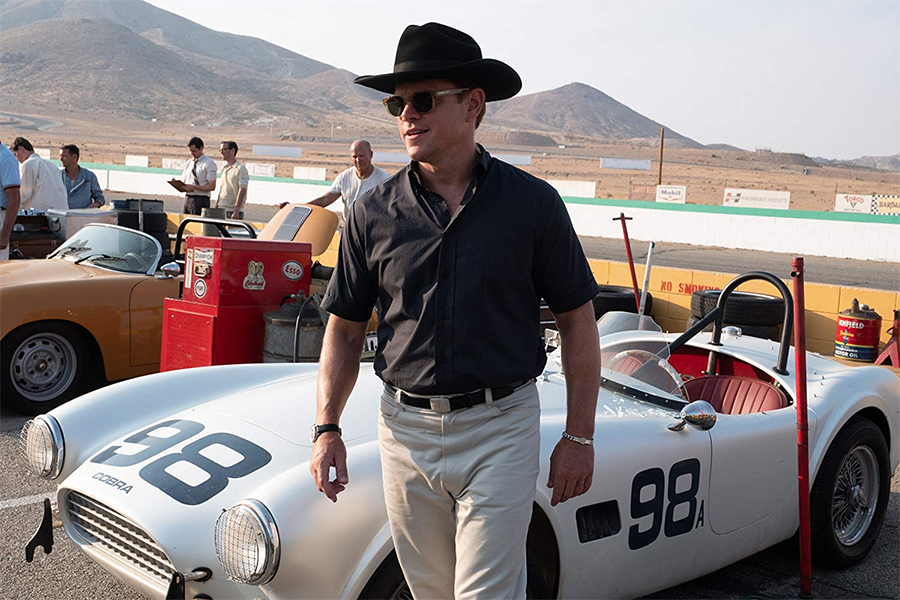 Ford v Ferrari stars Matt Damon and Christian Bale in the story of how the Ford Motor Company designed a car to challenge Ferrari’s dominance in endurance racing in the 1960s. The film, from Disney-owned 20th Century Fox Home Entertainment, earned $117 million at the domestic box office.

Jumping back to No. 2 on both charts was Warner’s Joker. The dark comic book adaptation in its sixth week sold about half as many copies as Ford v Ferrari did in its first.

The previous week’s top seller, Warner’s Doctor Sleep, slipped to No. 3 on both charts.

The comedy Playing With Fire, from Paramount, dropped to No. 4 on the overall sales chart and No. 7 on the Blu-ray chart.

Paramount’s Terminator: Dark Fate was No. 5 on the overall sales chart and No. 4 on the Blu-ray chart.

The No. 5 Blu-ray was Best Picture Oscar winner Parasite, from Universal Pictures, up from No. 12 the previous week. It jumped to No. 8 on the overall sales chart (from No. 21), with 84% of its unit sales coming from the Blu-ray format for the week.

Blu-ray Disc formats accounted for 68% of the first-week sales of Ford v Ferrari, with 24% of the film’s overall total comprised of the 4K Ultra HD Blu-ray combo pack.

Also of note, Warner’s re-release of Friends: The Complete Series from this past September was No. 13 on the overall sales chart and No. 22 on the Blu-ray chart. Warner has been heavily marketing  the show on disc and digital sellthrough since it was removed from Netflix at the end of 2019 and won’t be available for streaming again until the HBO Max services launches in May.

On the Media Play News rental chart for the week ended Feb. 16, Ford v Ferrari debuted at No. 1, pushing Playing With Fire to No. 2.

Doctor Sleep held onto the No. 3 spot, while Joker remained at No. 4. Terminator: Dark Fate slipped three spots to No. 5.