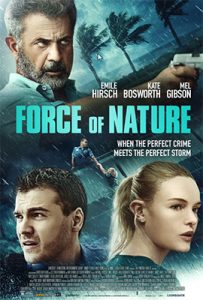 The film finds a disgraced cop (Emile Hirsch), a doctor (Kate Bosworth) and a retired detective (Mel Gibson) teaming up to battle a murderous gang of thieves while trying to evacuate an apartment building during a brutal hurricane.