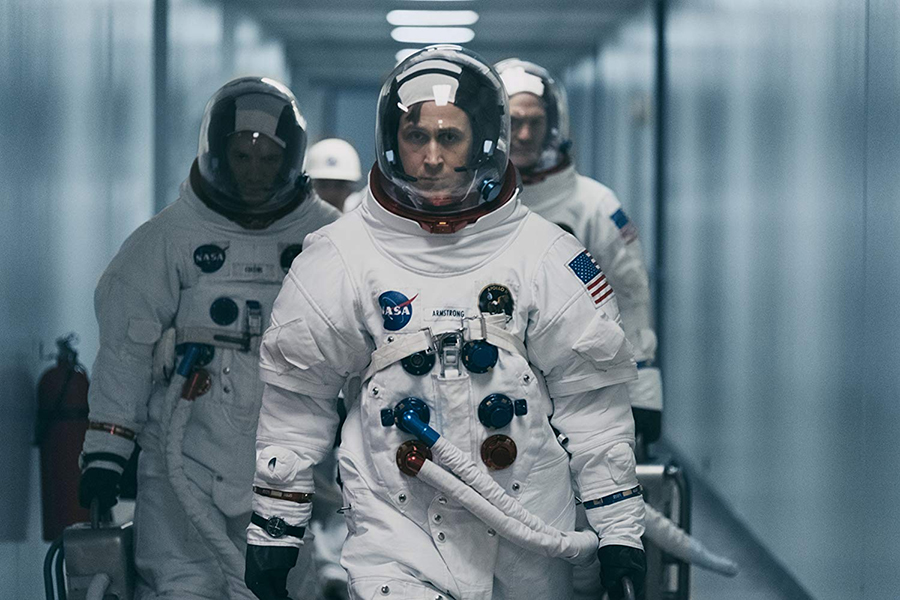 A biopic of American astronaut Neil Armstrong, the first man to walk on the moon, the film earned $44.9 million at the domestic box office.

First Man edged out Universal’s Halloween remake to take the top spot. The previous week’s top seller, Halloween in its second week sold 96% as many copies on the overall sales chart as the newly arrived First Man. The gap was more pronounced on the Blu-ray chart, where Halloween sold 76% as many Blu-rays as First Man.

Blu-ray accounted for 72% of First Man‘s total unit sales, compared with 58% for Halloween (down from 69% in its first week); 4K Ultra HD Blu-ray contributed 24% to First Man‘s overall tally.

Sony Pictures’ Goosebumps 2, also in its second week, slipped a spot to No. 3 on the overall chart, and was No. 10 on the Blu-ray chart.

No. 4 overall and No. 3 on the Blu-ray chart was Warner’s Smallfoot.

Another newcomer, 20th Century Fox’s The Hate U Give, debuted at No. 5 on the overall chart, but was only No. 12 on the Blu-ray chart, with 43% of its sales attributed to the HD version.

On the Blu-ray chart, Warner’s Crazy Rich Asians jumped back up to No. 4, while Fox’s The Predator rose back to No. 5.

On the Media Play News rental chart for the week ended Jan. 27, First Man debuted at No. 1, pushing Halloween to No. 2.

Warner’s Night School held onto the No. 3 spot, while Goosebumps 2 slipped to No. 4, and Sony Pictures’ Venom dropped to No. 5.