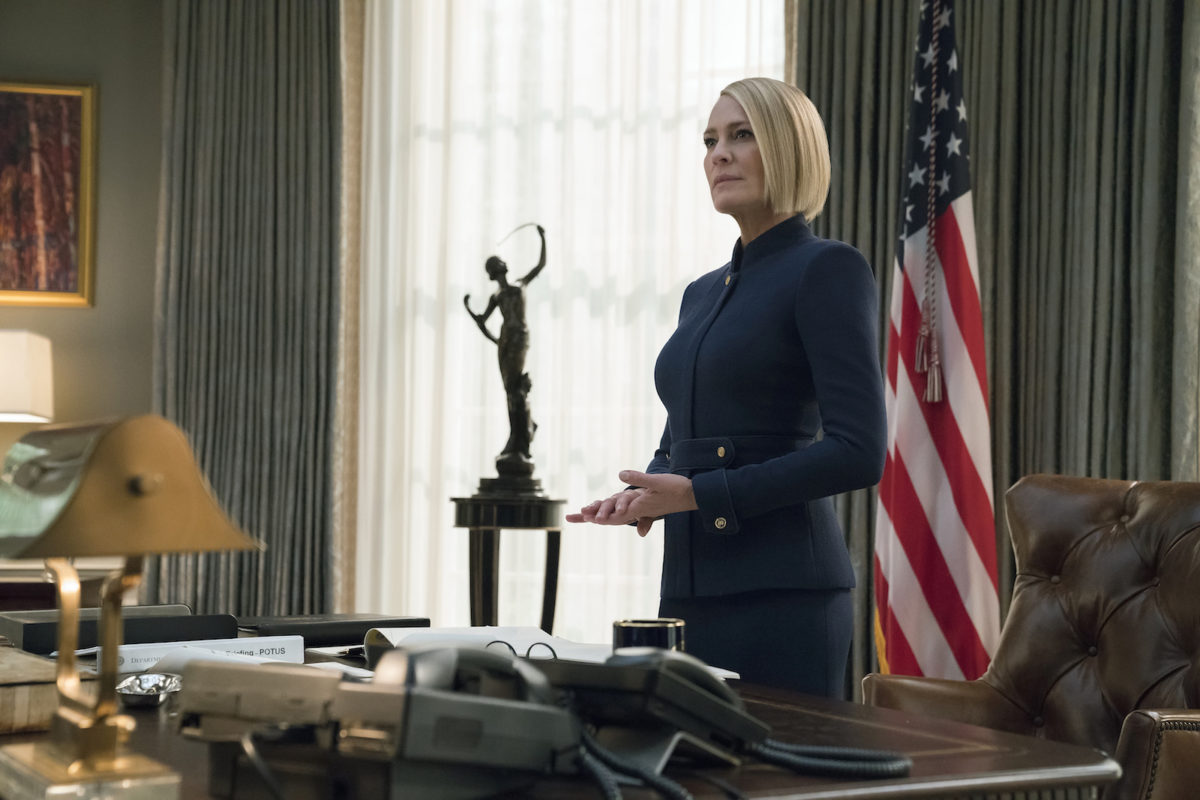 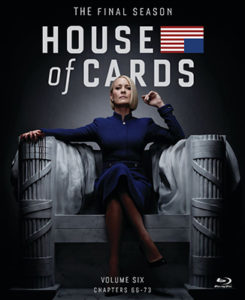 Sony Pictures Home Entertainment will release House of Cards: Season Six as a three-disc set on Blu-ray and DVD March 5.

The eight episodes deal with Claire Underwood (Wright) adjusting to the position of President of the United States by dealing with the death of her husband, Frank, while maneuvering to defeat her political enemies.