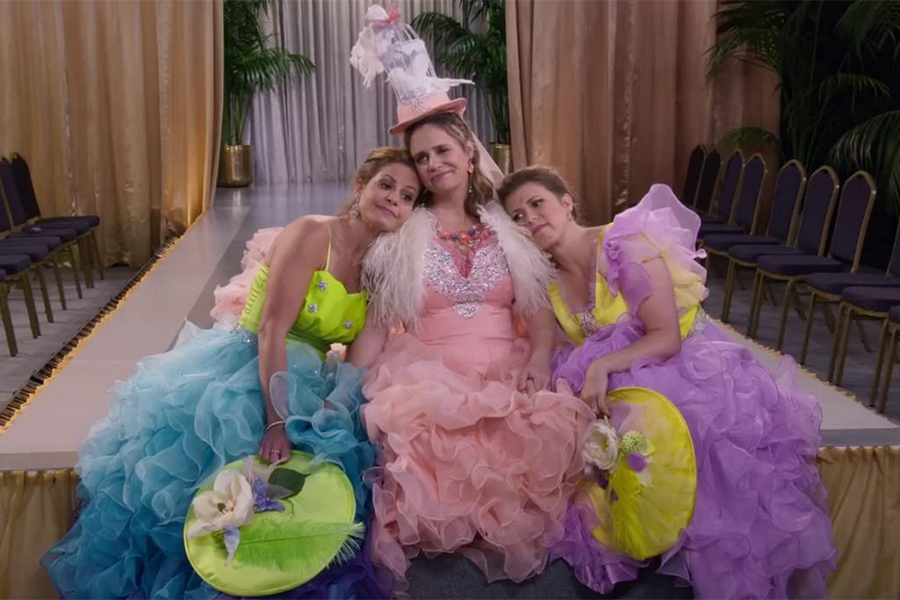 The two-disc set will include all 18 episodes from the final season of the Netflix sitcom, a sequel to the 1987-95 comedy “Full House” in which eldest daughter D.J. Tanner (Candace Cameron Bure) is now a veterinarian and recently widowed mother trying to raise three boys on her own.  She is joined by her sister Stephanie (Jodie Sweetin) and best friend Kimmy Gibbler (Andrea Barber) and Kimmy’s teenage daughter Ramona (Soni Bringas), who move in to lend their support and help raise D.J.’s kids. Additional members from the Full House original cast make guest appearances throughout the series.

In the fifth season of “Fuller House,” the Tanner childhood house is fuller than ever with DJ’s three boys, Stephanie’s new baby, and Kimmy’s feisty family, as the she-wolf pack prepares for a triple wedding and celebrates all the memories that have led them there.