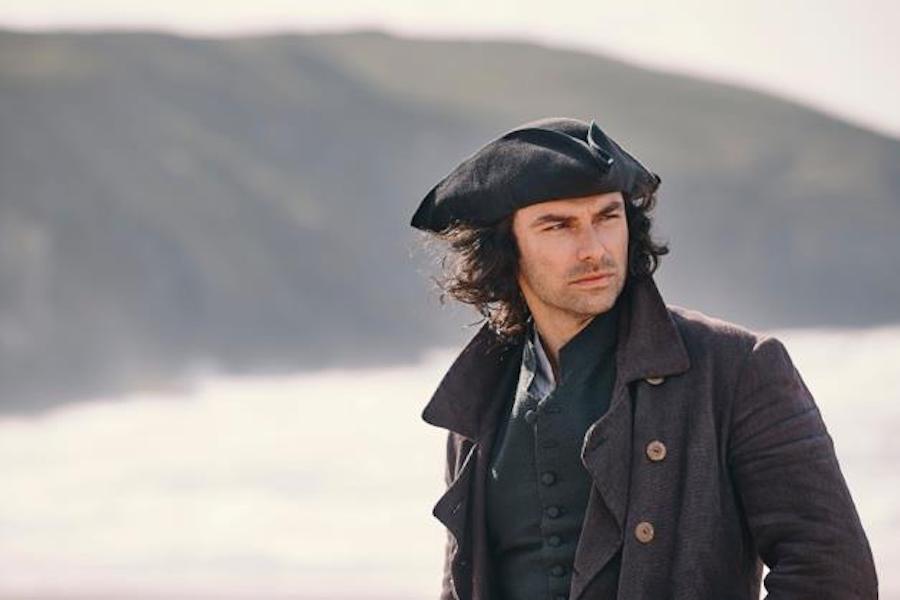 The final season and the complete series set of “Poldark,” The Chaperone and the documentary Flint’s Deadly Water are among the titles coming to disc and digital from PBS Distribution in November.

Due Nov. 12 is Poldark: Season 5 on DVD, Blu-ray and digital and the complete series set on DVD and digital. The critically acclaimed series, starring Aidan Turner (The Hobbit) as the Ross Poldark and Eleanor Tomlinson (Death Comes to Pemberley) as the fiery Demelza, follows the thrilling story of soldier Ross Poldark after his return to Cornwall from fighting in the American Revolution. Once he is back in Cornwall he realizes that his life at home has been completely turned upside down — his father is dead, his lands are gone, and the love of his life has agreed to marry someone else.

The Chaperone comes out on DVD and digital Nov. 26. It follows Louise Brooks, who would become a 1920s silver screen sensation of the Jazz Age, a few years before her fame. A 15-year-old student in Wichita, Kan., she has the opportunity to go to New York to study with a leading dance troupe. Her mother (Victoria Hill) insists there be a chaperone, and Norma Carlisle (Elizabeth McGovern), a local society matron who never broke a rule in her life, impulsively volunteers to accompany Louise (Haley Lu Richardson) to New York for the summer.

The documentary Flint’s Deadly Water hits DVD and digital Nov. 19. While the Flint water crisis has become known for the lead poisoning of thousands of children, this program reveals the story of another deadly problem with the water happening at the same time that few people know about, documenting an outbreak of Legionnaires’ disease during the water crisis that has continued to claim lives in the city five years later.

N. Scott Momaday: Words From a Bear, coming to DVD and digital Nov. 26, examines the enigmatic life and mind of National Medal of Arts-winner Navarro Scott Momaday, the Kiowa novelist, short-story writer, essayist and poet. His Pulitzer Prize-winning novel House Made of Dawnled to the breakthrough of Native American literature into the mainstream. The documentary delves into the psyche behind the celebrated author and visually captures the essence of Momaday’s writings.

Unfolding as a love letter from filmmaker and young mother Waad al-Kateab to her daughter, the documentary For Sama, coming to DVD and digital Nov. 19, tells the story of Waad’s life through five years of the uprising in rebel-held Aleppo, Syria. Waad falls in love, gets married and gives birth to her daughter Sama — all while filming the cataclysmic conflict raging around them.

In Odyssey: The Great Music Society in Greece, coming Nov. 5 on DVD and digital, artists of the Chamber Music Society of Lincoln Center, led by its artistic directors, David Finckel and Wu Han, embark on a journey to Greece, the country where so many of the classical arts were first developed. Viewers will go on an adventure that shows the unique intimacy of chamber music performances in extraordinary locations, while highlighting the Greek cultural influences that still resonate within our language, arts, philosophy and civic life.

The four-part Life From Above, due on DVD and digital Nov. 19, shows viewers new footage of the greatest, most beautiful and powerful movements on our planet, providing fresh insights into our planet by expanding the range of perspectives from which to look at it. Cameras in space capture events like an elephant family’s struggle through drought, and thousands of Shaolin Kung-Fu students performing in perfect synchronicity. In addition to stunning satellite photography from space, drones were employed to generate footage, while helicopters and cameras on the ground provide more conventional vantage points.

Wild Metropolis, coming to DVD and digital Nov. 26, reveals the world’s most extraordinary wildlife living in the newest and fastest changing habitat on the planet — cities. It features a diverse cast of animals that are adjusting to this new world better than we could have predicted, not only applying their natural born skills and abilities to life in the city, but also making amazing physical or behavioral adaptations. From humpback whales breaching in New York’s Hudson Bay to huge colonies of megabats in Adelaide; from penguins nesting in Cape Town to Burmese pythons living on the streets of Bangkok, the series explores some of the world’s most-loved and familiar cities through fresh eyes: the eyes of the animals that live in them.