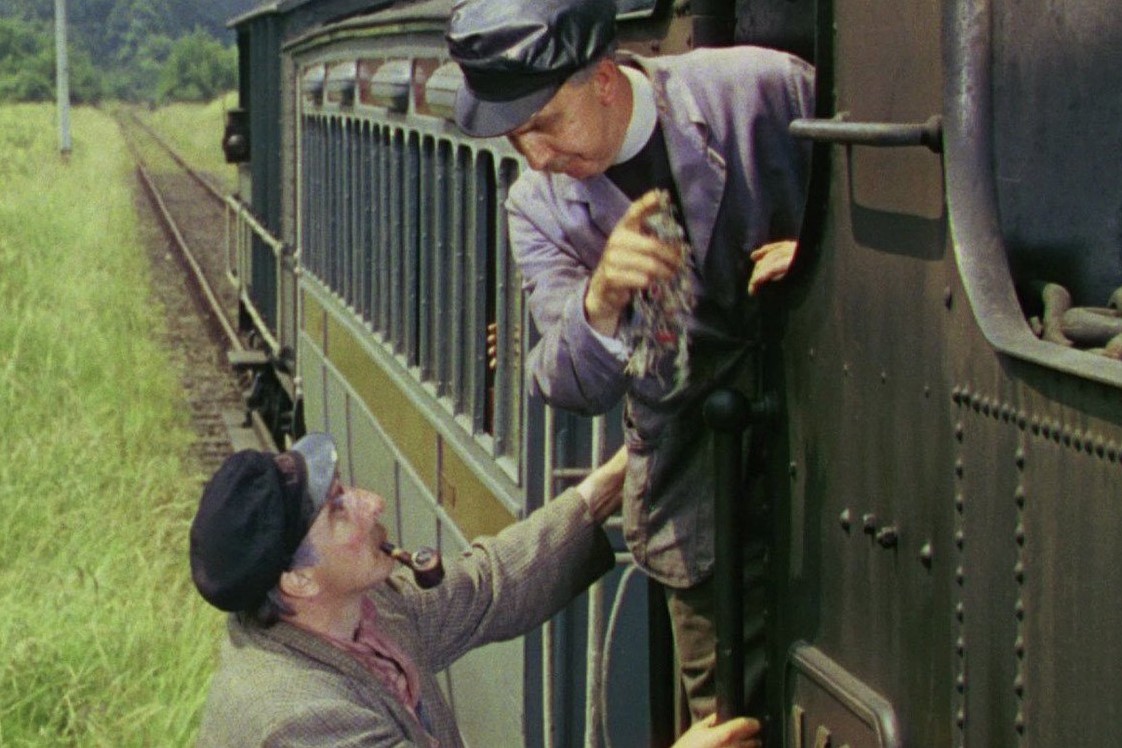 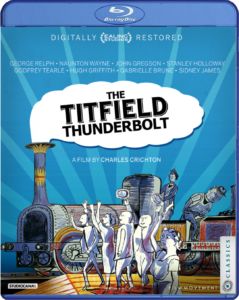 The Titfield Thunderbolt tells the story of the inhabitants of a tiny village called Titfield, who struggle to prove that a single-track railway that passes through their town is a vital form of transportation — after the British Railways announce its closure. Backed by a wealthy member of the community, a group of local residents make a bid to run it themselves. This places them in direct competition with the owners of a bus line, who had been wanting to introduce a brand-new single-decker bus to Titfield.

The film will be available on Blu-ray Disc and digital on demand at a suggested retail price of $39.95, and will include bonus features such as the featurettes “Making the Titfield thunderbolt,” “The Lion Locomotive,” and “Locations.” Also included will be home movie footage from cinematographer Douglas Slocombe, an audio interview with Slocombe on Charles Crichton audio interview, the original trailer, and an archival stills gallery. 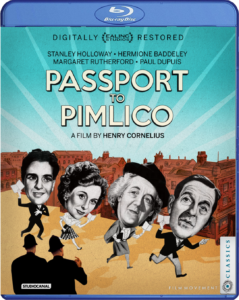 Passport to Pimlico takes place in the sleepy district of Pimlico, when London’s last unexploded World War II-era bomb goes off. When investigating a crater caused by the explosion, Arthur and his daughter Shirley unearth a buried cellar containing riches and an unknown 15th century royal charter from King Edward IV. The charter declares Pimlico to be recognized as Burgundian soil, and having never been rescinded, the land is now no longer subject to British law — which includes postwar rationing and pub closure hours.

The post-war comedy will be available on Blu-ray Disc and digital on demand at a suggested retail price of $39.95. Bonus features include an interview with BFI curator Mark Duguid, a “locations” featurette with film historian Richard Dacre, a restoration comparison, and a stills gallery.