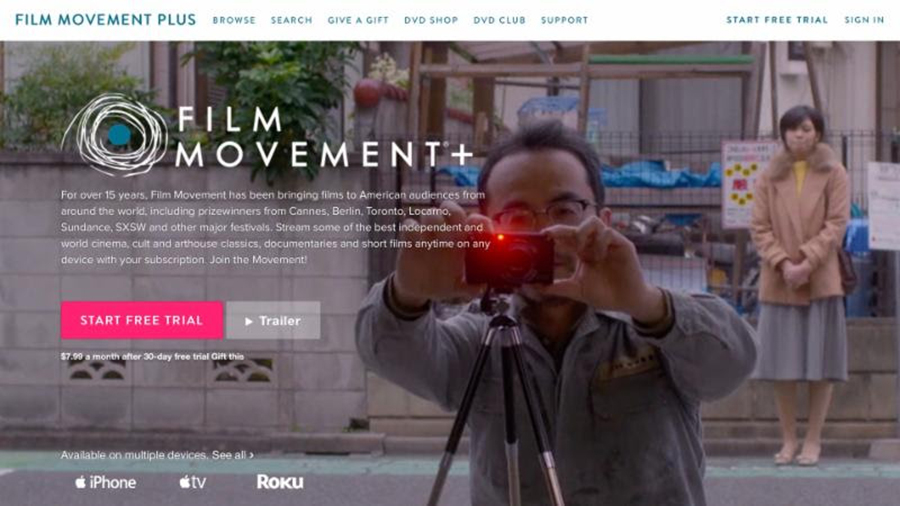 New subscribers at launch receive a free 30-day trial and 50% off the first month using the promotional code PLUS50.

The selection of independent and world cinema, cult, arthouse, documentaries and shorts available on Film Movement Plus (FilmMovementPlus.com), includes Theeb, Breathe, Human Capital, The Quiet Earth, After the Storm, Antonia’s Line and Pelle the Conquerer.

The service, which offers more than 500 hours of curated content, will initially be available on iOS and Android mobile platforms, Apple TV, Roku and Chromecast, and on Amazon Fire TV and Android TV shortly thereafter.

Each month, subscribers to Film Movement Plus will also have access to Film Movement premieres not available on any other streaming service, including upcoming exclusives such as the family drama Harmonium, the biopic Egon Schiele: Death and the Maiden, the French thriller Moka, and Sergio Corbucci’s influential Spaghetti Western The Great Silence.

Film Movement also continues to offer its DVD-of-the-Month-Club, which launched in 2002 and offers members a award-winning feature and a bonus short every month on DVD.