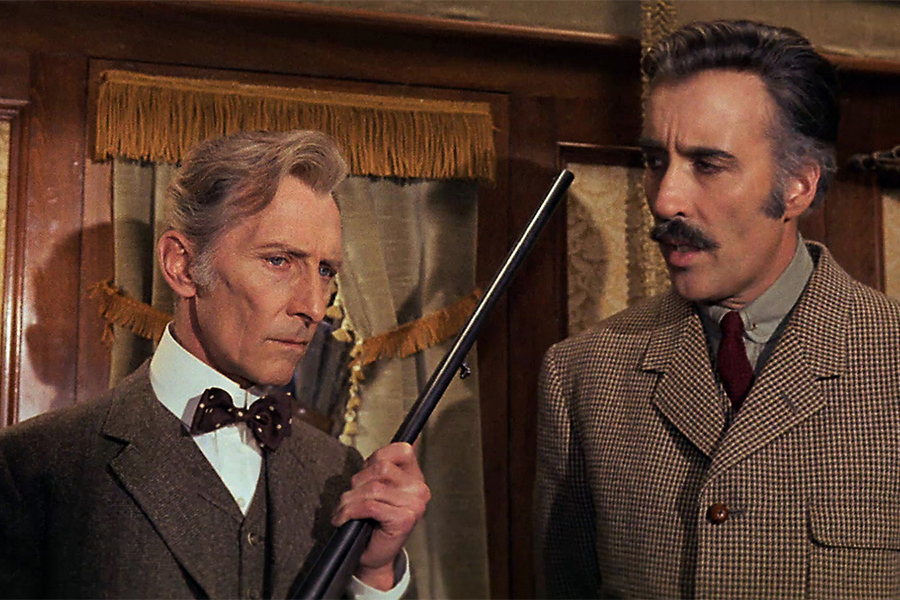 The February 2019 Blu-ray slate from MVD Entertainment Group’s Arrow Video includes The Possessed, The Fifth Chord, Horror Express, Audition, Color Me Blood Red, My Name is Julia Ross and So Dark the Night.

Due Feb. 5 is The Possessed, from co-directors Luigi Bazzoni and Franco Rossellini. The film follows a novelist who investigates the disappearance of an old lover and uncovers a murder mystery. The Blu-ray includes a new 2K restoration.

Also due Feb. 5 is Bazzoni’s The Fifth Chord, starring Franco Nero and Edmund Purdom. Following in the footsteps of Dario Argento, The Fifth Chord is a stunning giallo worthy of competing with the best the maestro has to offer. The Blu-ray features a new 2K restoration and a number of special features including a new interview with Nero.

Due Feb. 12 is 1972’s Horror Express, starring horror icons Christopher Lee and Peter Cushing. The Blu-ray includes a new 2K restoration and several extras, plus an intro from fan and journalist Chris Alexander.

Feb. 19 sees the arrival of Herschell Gordon Lewis’ Color Me Blood Red, the final chapter in the infamous “blood trilogy.” Bonus materials include 1967’s Something Weird.

director Joseph H. Lewis: My Name is Julia Ross and So Dark the Night. The former is a Hitchcockian film noir about mistaken identity, while the latter is about a Paris detective that finds love and then suddenly disappears.