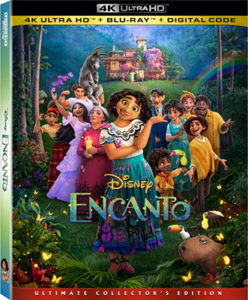 The 60th animated feature from Walt Disney Animation Studios, Encanto, arrives on 4K Ultra HD, Blu-ray and DVD Feb. 8. With songs by Lin-Manuel Miranda, Encanto tells the tale of the Madrigals, an extraordinary family living in a magical house in the mountains of Colombia. But when Mirabel, the only ordinary Madrigal, discovers the magic surrounding their home is in danger, she may be her family’s last hope. 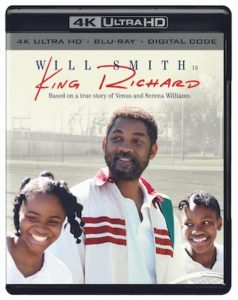 The biopic King Richard, starring Will Smith, arrives on 4K Ultra HD, Blu-ray and DVD Feb. 8 from Warner Bros. Home Entertainment. Based on the true story, the film follows the uplifting journey of a family whose unwavering resolve and unconditional belief ultimately delivers two of the world’s greatest sports legends. Armed with a clear vision and a 78-page plan, Richard Williams (Smith) is determined to write his daughters, Venus (Saniyya Sidney) and Serena (Demi Singleton), into history. Training in Compton, Calif., on abandoned tennis courts — rain or shine — the girls are shaped by their father’s unyielding commitment and their mother’s (Aunjanue Ellis) balanced perspective and keen intuition, defying the seemingly insurmountable odds and prevailing expectations laid before them. 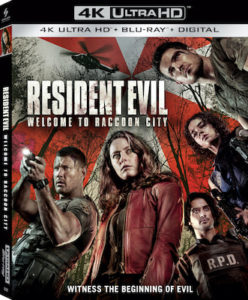 The sci-fi horror film Resident Evil: Welcome to Raccoon City will be released on 4K Ultra HD, Blu-ray and DVD Feb. 8 from Sony Pictures Home Entertainment. In the film, Raccoon City, which was once a booming home of pharmaceutical giant Umbrella Corporation, is now a dying Midwestern town. The company’s exodus left the city a wasteland — with great evil brewing below the surface. When that evil is unleashed, a group of survivors must work together to uncover the truth behind Umbrella and make it through the night.  A limited-edition 4K Steelbook includes five collectible poster cards featuring original artwork from winners of a worldwide fan art contest. 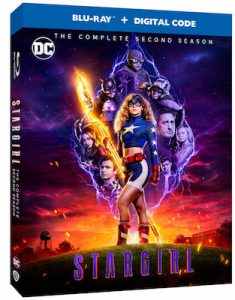 Universal Pictures Home Entertainment Feb. 8 releases Belfast, the critically hailed drama from director Kenneth Branagh. Belfast revolves around one boy’s childhood amid the music and social tumult of the late 1960s. Buddy’s family lives in a largely Protestant district with a few Catholic families, but one day his community and everything he thought he understood about life is suddenly turned upside down. Buddy’s family gets caught in the mayhem and must decide to stay or leave the only place they have ever called home. Through it all, his passionate parents (BAFTA Award winner Caitríona and Jamie Dornan) and quick-witted grandparents (Judi Dench and CiaránHinds) keep the joy alive through music and the magic of movies in a story that reminds us that no matter how far you go, you never forget where you came from. Belfast also stars Colin Morgan and Jude Hill in his feature film debut. Winner of more audience awards than any film this year, Belfast has been nominated for over 195 awards, including 11 Critic’s Choice Awards and a total of 13 Best Picture nominations as well as PGA and DGA Awards nominations for Branagh. Belfast arrives on DVD, Blu-ray Disc and VOD March 1.

Gintama The Very Final, the third and final chapter in anime legend Hideaki Sorachi’s original “Gintama” manga series, will be released in a Blu-ray Disc and DVD combo pack on Feb. 8. From Eleven Arts and Shout! Factory, the new feature film makes its North American home entertainment debut following a theatrical release this past fall. The Blu-ray/DVD combo pack includes two versions of the film — English voice cast and the original Japanese audio with English subtitles) — and an exclusive 16-page booklet packed with character art and storyboards. Consumers who  order Gintama The Very Final Blu-ray/DVD combo pack from Shout! Factory will receive an exclusive poster, while supplies last. Directed by Chizuru Miyawaki, Gintama The Very Final adapts some of the final moments of the original manga with new elements specifically crafted for the film. The lead roles of the Odd Jobs members are reprised by the team of voice talent from the third season of the “Gintama” series, including  Michael Daingerfield as Gintoki Sakata, Cole Howard as Shinpachi Shumura, and Jocelyne Loewen as Kagura. Kyle Colby Jones, who voiced the character Shinsuke Takasugi, and the ADR writer and director for Gintama: The Movie, reprises his roles for Gintama The Very Final. 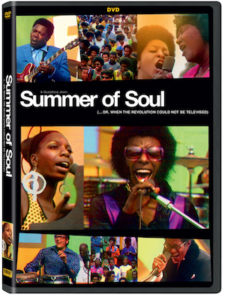 The documentary Summer of Soul will be released through digital retailers and on DVD Feb. 8 from Disney Media & Entertainment Distribution. Summer of Soul premiered at the Sundance Film Festival, where it won both the Grand Jury Prize and Audience Award. The documentary also won the AFI Special Award, six awards at the Critics Choice Awards, and Best Documentary awards with NBR and LAFCA. The film is also nominated for the PGA and Spirit Awards. It is streaming on Hulu in conjunction with Disney General Entertainment’s Onyx Collective; Searchlight Pictures released it theatrically.

Lionsgate on Feb. 8 will release Miss Willoughby and the Haunted Bookshop on DVD and for digital purchase. Orphaned at a young age, Elizabeth Willoughby (Cox) inherited her impressive family estate and was raised by a retired U.S. Marine, Robert (Grammer), who also runs the family business. Under his watchful guidance, her childhood was spent studying strategy, history and literature, all the while mastering the ancient arts of combat. Now an Ancient Civilization professor at University, Willoughby receives a call from family friends Helen and Oliver Deakins, who have been experiencing a series of hauntings at their antique bookshop. With nobody else to turn to, and knowing Willoughby’s insatiable appetite for investigation, Helen asks Willoughby to get to the bottom of this paranormal mystery. 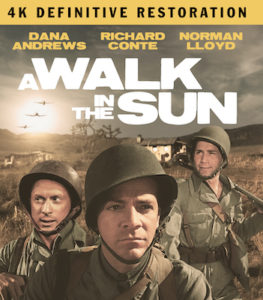 The 1945 World War II film A Walk in the Sun will be released on Blu-ray Disc Feb. 8 from Kit Parker Films and MVD Entertainment Group. The film is also available on DVD. The release features a 4K Master from the UCLA Film and Television Archive’s 35mm photochemical restoration. Lewis Milestone, Academy Award Best Director winner for All Quiet on the Western Front (1930), directs the drama of American soldiers in combat during the Allied invasion of Italy in September 1943. Dana Andrews, Richard Conte, John Ireland, Lloyd Bridges and Norman Lloyd head an ensemble cast comprising the lead platoon of the Texas Division of the U.S. Fifth Army. The eclectic group of citizen-soldiers are thrust into a life-or-death mission to blow up an enemy bridge while attempting to capture a strategic farmhouse heavily garrisoned by German troops. The dilemma of the common soldier trudging to an unknown fate under a blazing Italian sun is captured by the different thoughts and personalities of a disparate group of men under stress. Robert Rossen’s script dramatizes the narrative from the perspective of the infantryman whose mundane routine of service-related ennui is interspersed with heart-pulsing action amid the ever-present specter of sudden death. Camerawork by six-time Academy Award nominee Russell Harlan is supported by the title ballad written by Millard Lampell and Earl Robinson and performed by renowned African-American operatic singer Kenneth Spencer.

Beware of the Klowns will be released on DVD Feb. 8 by SRS Cinema and MVD Entertainment Group. In the film, there’s a dark past causing a law against clowns in Santa Mira. Now, after years of peace, a murder reveals a new threat. The only one who can stop it is the brave sheriff, who is forced to protect the town and his twins, Joy and Lisa, from the terror that is the Klown King and his cult, the Klowns. 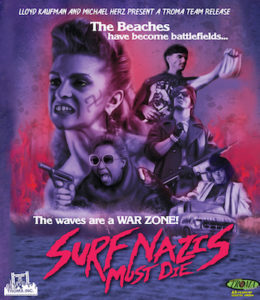 The 1987 Troma Entertainment film Surf Nazis Must Die will be released on Blu-ray Feb. 8 from MVD Entertainment Group. In the cult classic, when an earthquake leaves the California coastline in ruins and reduces the beaches to a state of chaos, a group of neo-Nazis led by Adolf (Barry Brenner), the self-proclaimed “Führer of the new beach,” takes advantage of the resulting chaos by fighting off several rival surfer gangs to seize control of the beaches. Meanwhile, an African American oil well worker named Leroy (Robert Harden) is killed by the Surf Nazis while jogging on the beach. Leroy’s mother, “Mama” Washington (Gail Neely), devastated by the loss of her son, vows revenge. After arming herself with a handgun and grenades, she breaks out of her retirement home and exacts vengeance on the Surf Nazis.

The 1987  horror film Ghost Riders will be released on DVD and Blu-ray for the first time ever Feb. 8 from MVD Entertainment Group and Verdugo Entertainment. In the film, on a dark and haunting night, the local preacher and townspeople gather on a lonesome prairie as the lawless career of desperado Frank Clements is about to end. Just as the hangman’s noose tightens around his neck, the most feared outlaw of 1888 shouts a curse of revenge on the town preacher — a curse which will haunt the preacher’s family through generations. The town is prospering 100 years later, but Clements and his gang return from hell to seek revenge against the preacher’s grandson and his family. From the producers and writing team of the cult classic Action U.S.A., the film stars stuntman Bill Shaw (The Dirt Bike Kid), Jim Peters (Challenger), Mike Ammons (Action U.S.A.) and Arland Bishop (Black Snow). 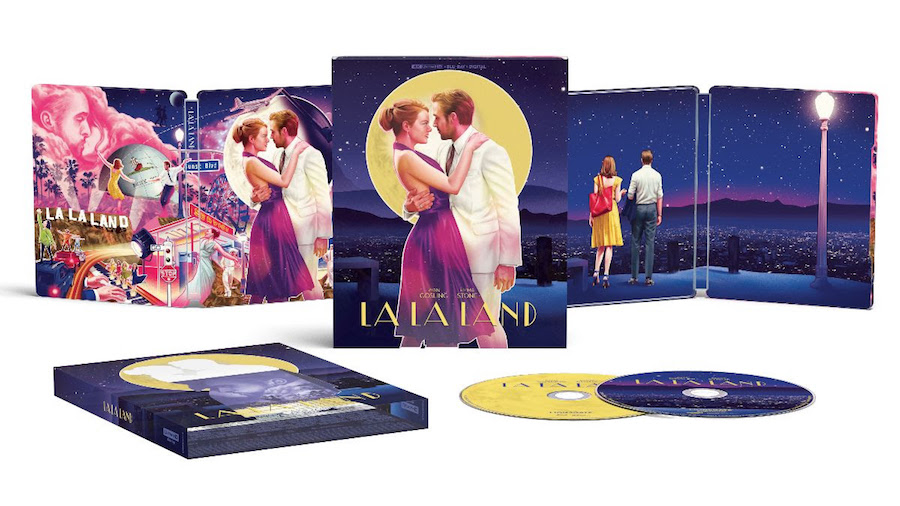