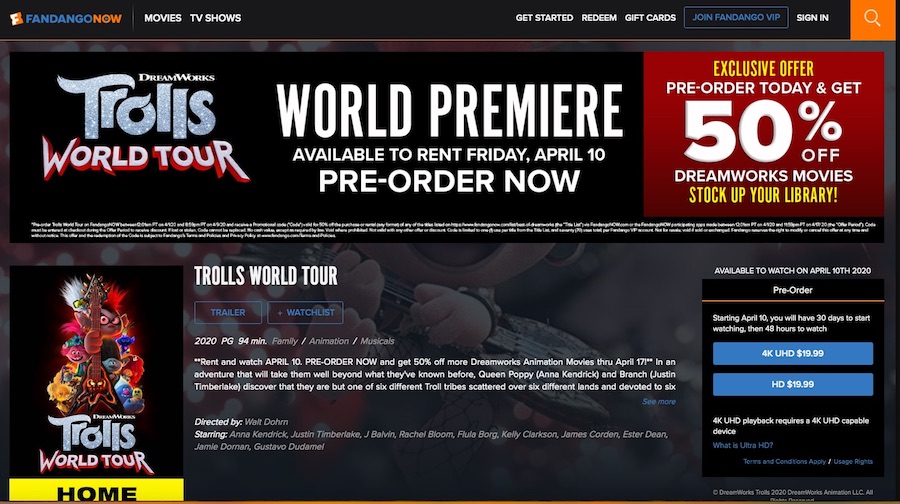 “We’re looking forward to working together with DreamWorks Animation on this first-of-its-kind event where housebound film fans can gather around the couch for the highly-anticipated debut of a new movie directly from the studio,” said Cameron Douglas, head of FandangoNow, in a statement. “We’re also pleased to offer an extra incentive where families can watch as many DreamWorks Animation movies available on FandangoNow as they like at a major discount, while getting ready for the April 10 home debut of Trolls World Tour.”

Trolls World Tour, the sequel to 2016’s Trolls, features the return of Anna Kendrick, Justin Timberlake, James Corden and many more in their original roles. Fans can find an exclusive clip here.