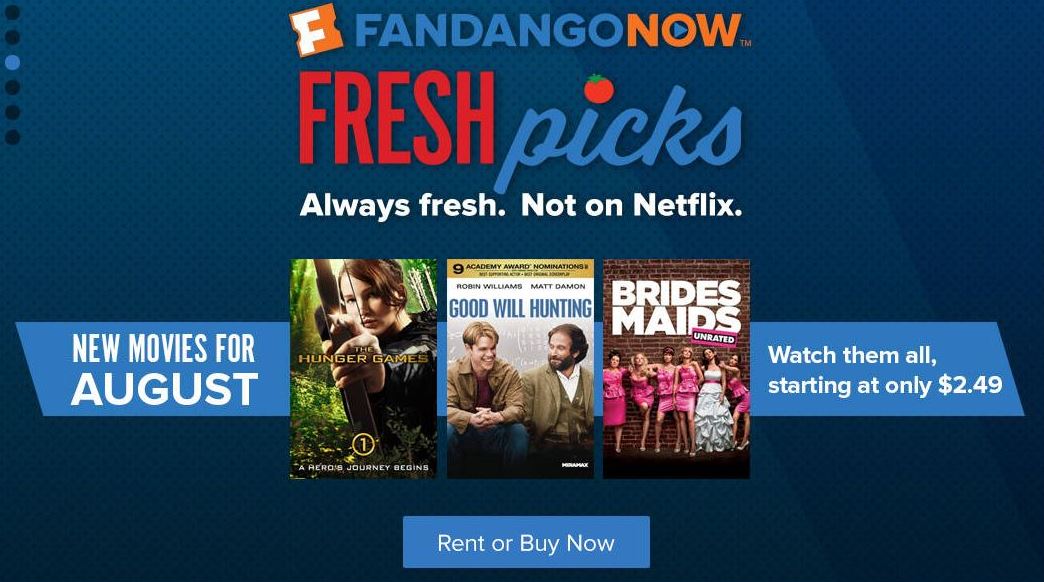 Online transactional VOD retailer FandangoNow this week is launching a new feature that offers up recommended films, for digital purchase or rent, not available on Netflix and other subscription streaming services.

The monthly feature, FandangoNOW’s “Fresh Picks,” will highlight films on the service with “Fresh” or “Certified Fresh” Tomatometer scores, according to movie review aggregator, Rotten Tomatoes, a sister division. (A movie gets a “Fresh” designation when at least 60% of its critic reviews are positive.)

This month’s “Fresh Picks” include:

FandangoNow has the most comprehensive selection of films in 4K Ultra HD from all the major studios and content providers, according to the service. The service’s catalog is available on more than 200 million devices, offering 70,000 new release and catalog movies, next-day TV shows to buy or rent — no subscription required.