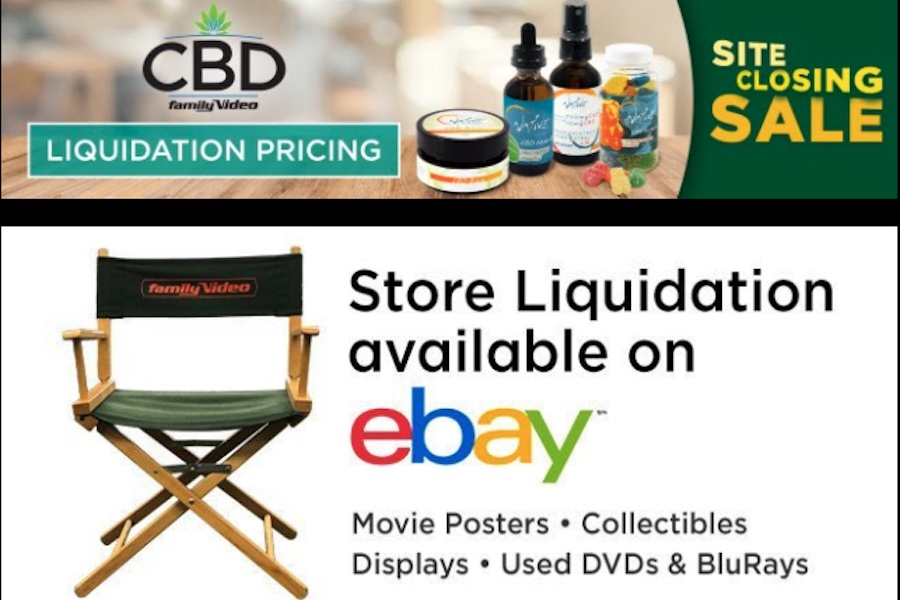 Family Video is reaching its end.

The last national video rental chain, which in January 2021 announced it was closing all of its stores, is shutting down the last vestige of its business, an eBay site liquidating an assortment of discs, memorabilia and other items.

“Last Call! Our Website is Shutting Down!” read a March 28 email.

Announcing a “Site Closing Sale” the email read “Thank You for Your Support!” and offered a 10% off use code of “THANKYOU.” The email also offered shoppers an extra 15% off with the promo code “MOVIES.”

Items for sale on the site included DVDs of Reservoir Dogs for 99 cents and The Ring for $3.99. Also available were a Family Video “Novelty Employee Vest” for $14.95 and an “Ergotron Workfit S Dual Sit-Stand” for $399.99.

Family Video opened its first store  — Video Movie Club — in Springfield, Ohio, in 1978. The privately owned company ultimately grew to 800 stores, but more than a year ago announced it would begin liquidation of its remaining 250 stores, citing the pandemic as the reason.

“While we have faced digital competition from Netflix and others for years, nothing has been as devastating to our business as COVID-19,” Keith Hoogland, CEO of Highland Ventures, the Glenview, Ill.-based company that owns Family Video, said in a media statement. “We are very thankful to have been able to provide entertainment for many family movie nights.”

The chain posted a letter from Hoogland on its website shortly before noon PST on Jan. 6, stating that the impact of COVID-19 combined with the lack of fresh theatrical product “pushed us to the end of an era.”

In November 2020, the chain mounted a brief  promotional campaign called #SaveTheVideoStore to drum up consumer support. The campaign was supported by studios and Hollywood talent such as Clerks. director Kevin Smith.