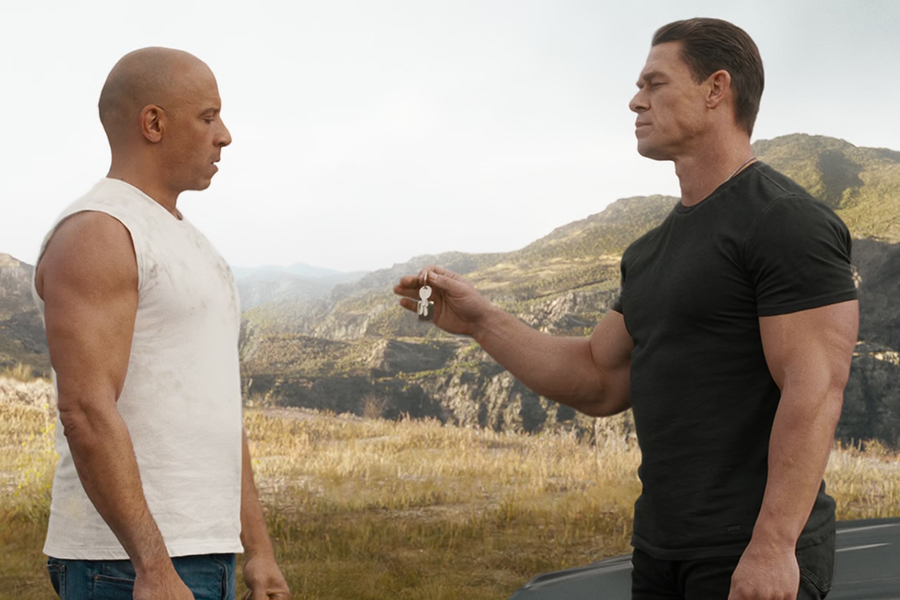 The 10th film in the “Fast & Furious” franchise and the ninth entry in the primary storyline earned $173 million at the domestic box office.A Walmart-exclusive DVD collection of the nine main films charted at No. 18 overall.

The previous week’s top title, Disney-owned Marvel Studios’ Black Widow, slipped to No. 2 on both charts its second week, selling about 40% as many copies during the week as the debuting F9.

Making its debut at No. 3 on both charts was another Disney title, Cruella, the origin story of the 101 Dalmatians villain Cruella de Vil, with Emma Stone in the title role. It earned more than $86 million at the domestic box office and sold about one-third as many copies as F9. A two-pack of Cruella with the 1961 animated version of 101 Dalmatians was No. 23 on the overall disc sales chart.

Rounding out the top five overall disc sellers were Universal’s DreamWorks Animation sequel The Boss Baby: Family Business down a spot to No. 4, and Warner’s superhero team-up Zack Snyder’s Justice League down three spots to No. 5. Their order was reversed on the Blu-ray chart, with ZSJL at No. 4 and Boss Baby 2 at No. 5.

Stanley Kubrick’s 1971 crime drama A Clockwork Orange climbed back onto the charts at No. 11 overall and No. 6 on the Blu-ray chart thanks to a new 4K Ultra HD Blu-ray edition from Warner Bros. Home Entertainment, which accounted for 99.5% of the title’s sales for the week.

Similarly, Disney’s 4K Ultra HD Blu-ray reissue of M. Night Shyamalan’s 2000 superhero deconstruction Unbreakable was No. 21 overall and No. 8 on the Blu-ray chart, with 98% of its sales for the week being of the new 4K edition.

The Media Play News rental chart for the week ended Sept. 26 also had F9 in the top spot and Black Widow at No. 2.

The previous week’s top rental, The Boss Baby: Family Business, slipped to No. 3, with Cruella debuting at No. 4 and Lionsgate’s Hitman’s Wife’s Bodyguard dropping two spots to No. 5.