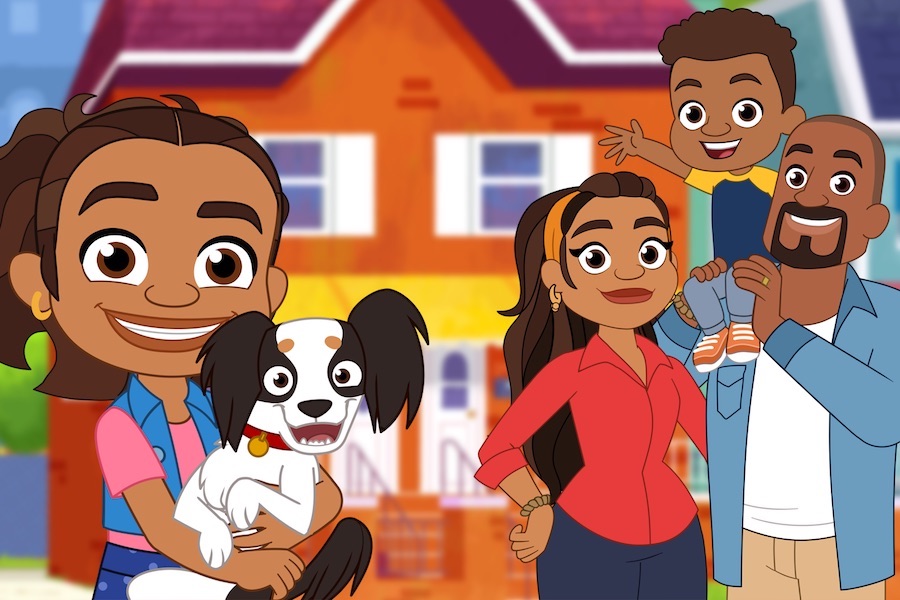 New episodes from “Alma’s Way,” “Hero Elementary” and “Elinor Wonders Why” are coming to the PBS Kids Prime Video Channel in January.

Streaming starting Jan. 14 are four episodes of “Alma’s Way.” In “Alma’s Rescue Repair/Alma Cools Off,” Alma opens a traveling repair service. Then, Howard tells Junior he can’t play water tag. Next in “Song of the Summer/Leapin’ Lizards,” Alma invites her friends to a Sonny Soto concert without asking first. Then, Alma discovers that bearded dragons aren’t so scary after she learns about them. In “Singing on the 6 Train/Safina’s Doggy Problem,” Tía Gloria can’t make it to Alma’s spring concert, so Alma brings the show to Tía Gloria. Next, Alma tries to figure out why the puppies at Papi’s animal clinic are acting differently around Safina. And in “Too Corny/Alma Tags Along,” Alma takes too much corn from the community garden and learns she should take only what she needs. Then, Mami and Junior are going to spend the day together, but Alma finds herself wanting to tag along.

Streaming beginning Jan. 7 are three episodes of “Hero Elementary.” In “Friends of the Forest/Chicken Hero,” the heroes learn that lots of paper is being wasted. They embark on a mission with Branchman to understand the problem and plan a solution to use less paper. Then, in “When Fur Flies/ Pumpkin Palooza,” something high in the sky is causing a trail of trouble across Citytown. Also, there’s a big surprise in store for Mr. Sparks: he’ll be receiving the “Hero Teacher of the Year” award in “Teacher of the Year/The Sweet Smell of Success.”

Streaming starting Jan. 21 are four episodes of “Elinor Wonders Why.” In “A Garden for All/Band of Explorers,” Elinor and the Exploring Club decide to go on a musical march in the forest with all their instruments so they can play a song for all the animals and creatures to hear. Next, in “A Moth Mystery/Just Peach,” the kids go out summer caroling with Señor Tapir and learn that moths are attracted to bright lights. Then in, “Butterfly Party/More Than One Right Way,” it’s Olive’s Mom’s birthday, and she loves butterflies. Olive wonders if she can get butterflies to come to her party. Then, the kids learn all about spiderwebs when Ms. Mole puts up Halloween decorations at their school. And in “Underground Soup/Dandy Dandelions,” when Elinor hurt her foot and must stay in bed for the afternoon, her friends discover what root vegetables are to make her new favorite soup.