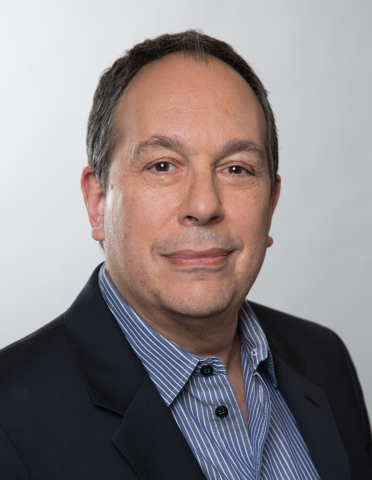 Independent studio Entertainment One has appointed Mark Gordon president and chief content officer, film, television and digital, and has agreed to acquire the remaining 49% of The Mark Gordon Co. for $209 million subject to shareholder approval.

In this newly-created role, Gordon will lead the company’s creative units.

Steve Bertram was also appointed president, film, television and digital. In his new role, Bertram will oversee all commercial and distribution operations.

Gordon and Bertram will drive the growth of eOne’s content groups and distribution platforms, accelerating its strategy to increase the volume of premium content, according to the company.

“Mark Gordon is one of the industry’s most accomplished film and television producers with a long track-record of success and commitment to putting talent first. Mark’s leadership over content creation across eOne underscores our vision to be the preeminent platform-agnostic content company in the world,” said Darren Throop, eOne CEO, in a statement. “Today’s transaction signals that we are focused on investing heavily in the best creative talent. This is where Mark shines and what we know he’ll continue to do well into the future with eOne and all of our resources fully behind him.”

“Darren’s commitment to support our vision gives me confidence that we will achieve the quality and volume of premium content on a much broader scale both domestically and internationally,” said Gordon, in a statement. “Ultimately, it is the creative partnerships with producers, writers, directors and actors that will bring us success. It is our mission to provide them the opportunity to tell great stories and to be financially rewarded for their work.”

“Mark’s unwavering support of creative talent and relentless pursuit of the highest quality content have been the foundation of his success,” added Bertram, in a statement. “His creative instincts, deep relationships, and unique understanding of the content audiences crave, have supercharged our business over the past three years. I couldn’t be more excited to unleash that power across eOne, and to leverage eOne’s global resources to extend Mark’s talent-friendly approach.”

Entertainment One acquired 51% of The Mark Gordon Co. in January 2015. Since then, the two companies have collaborated to establish an independent studio, producing and financing film, network, cable, and digital premium content, distributed by eOne around the world. Most recently, under Gordon’s leadership, MGC has produced feature films such as Murder on the Orient Express; the Golden Globe and Academy Award nominated Molly’s Game; and the upcoming The Nutcracker and the Four Realms. He has also led the company in producing television series such as “Designated Survivor” and “The Rookie.”

John Morayniss, who led eOne’s television business since its inception in 2008, has decided to step down, but will remain with the company to help facilitate a smooth transition, according to eOne.

“I want to recognize John, whose focus, innovative deal-making and charismatic leadership of our television business over so many years has helped make us the global force we are today. John’s relationships across the industry resulted in exponential growth across eOne’s television business in Canada and around the globe, and he leaves us with incredible momentum. I’m thankful for his continuing support through the transition,” Throop said in a statement.