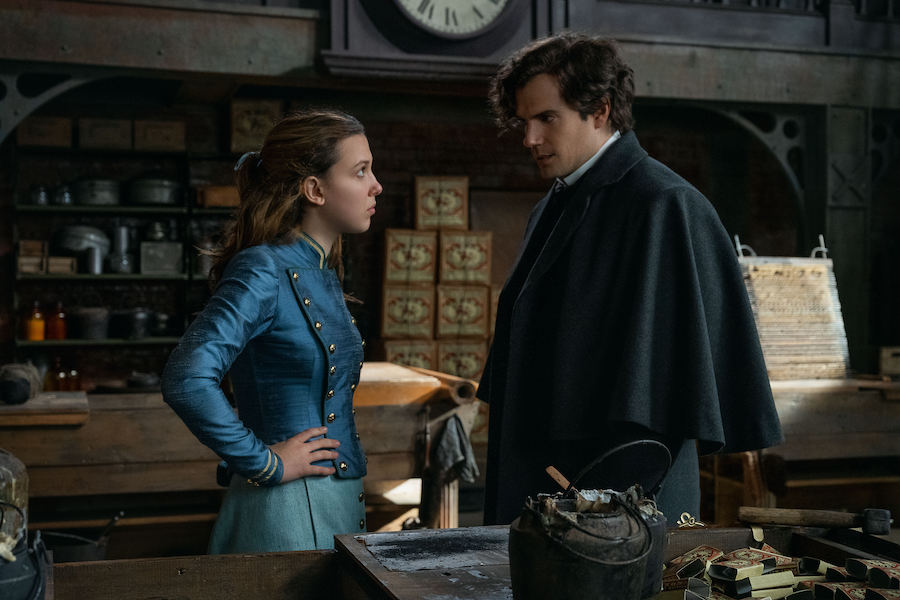 Disney+’s “Andor,” the latest series from the “Star Wars” universe, started streaming Sept. 21 and topped the originals chart for a third consecutive week. A prequel to the “Star Wars” spin-off movie Rogue One, the series follows thief-turned-Rebel spy Cassian Andor during the five years leading up to the events of the film.

In Enola Holmes 2, which began streaming on Netflix Nov. 4, Enola (Millie Bobby Brown) takes on her first official case as a detective. But to solve the mystery of a missing girl, she needs help from friends — and brother Sherlock (Henry Cavill).

Debuting at No. 2 on the chart of streaming movies was Weird: The Al Yankovic Story, a Roku exclusive original movie that began streaming on the service Nov. 4. Starring “Harry Potter” alum Daniel Radcliffe in the title role of “Weird Al” Yankovic, the biopic explores the performer’s life, from his meteoric rise to fame with early satirical hits such as “Eat It” and “Like a Surgeon” to his celebrity love affairs and infamous lifestyle.

Debuting at No. 3 on the streaming movies chart was Selena Gomez: My Mind & Me, which began streaming on Apple TV+ Nov. 4. The documentary feature explores the career and life of the singer, songwriter, actress, producer, entrepreneur and activist.

Remaining at No. 2 on the chart of streaming originals was “The Handmaid’s Tale.” Season five of the series — based on the dystopian novel by Margaret Atwood about a society that subjugates women to child-bearing slavery — began streaming in installments on Hulu Sept. 14.

Rising from No. 4 to No. 3 on the streaming originals chart was “Love Is Blind.” Season three of the reality dating series began to be released on Netflix in batches of episodes starting Oct. 19.