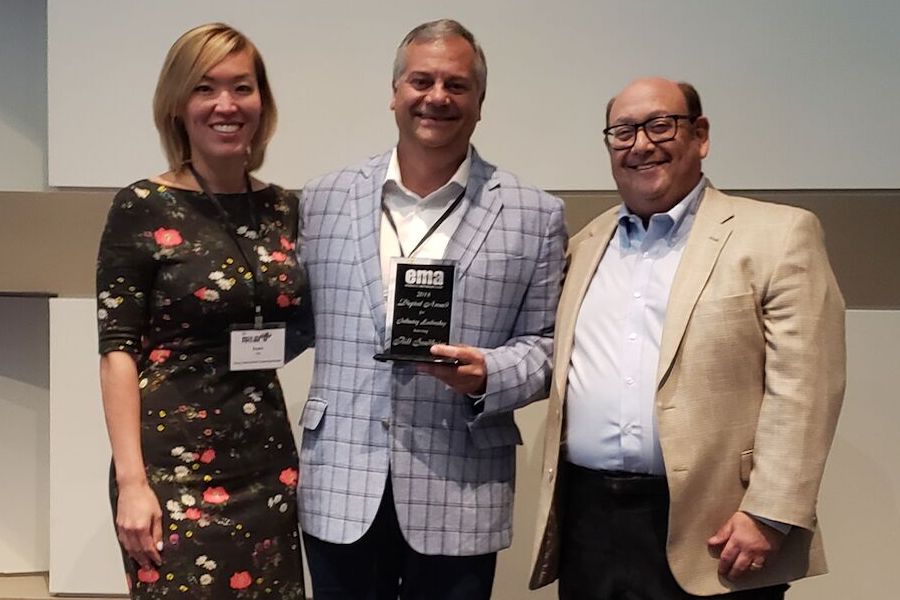 The Content Provider Digi Award, recognizing a company supplying a movie, television program or other audio-visual work, was awarded to Sony Pictures for “always being ready to team up on pilot programs that push toward automation,” according to the EMA.

The Innovation Award, given to a company that has demonstrated noteworthy innovation through its technology or programming to enhance the consumer experience of digital entertainment, was awarded to FandangoNow for its “Binge Bundles,” an initiative that allows consumers to rent multiple movies in one package at a discounted price.

The Service and Technology Provider “Digi” Award, which goes to a company that advances the development and growth of the digital video retailing sector through outstanding products and/or services, was given to Vubiquity for being a leading provider to premium content services and technology solutions and for continuing to innovate and provide state-of-the-art products and services to transform digital video distribution, according to the EMA.

The Digital EMA Industry Leadership Award, given to a company or individual that has made a significant contribution to the industry, was awarded to Bill Sondheim, president of Cinedigm Entertainment, for his leadership managing the largest indie studio and aggregator in the home entertainment space, for his overall participation in industry leadership, and for his leadership in guiding discussions regarding the EMA’s focus and future. A second Digital EMA Industry Leadership Award was given to Erick Opecka, Cinedigm’s EVP of digital networks, for his leadership in broadening the EMA’s focus developing a program to support those companies offering OTT channels, and specifically for his chairmanship of the EMA’s OTT Channels council and the successful OTT Channels conference at the EMA’s LAES this past summer.