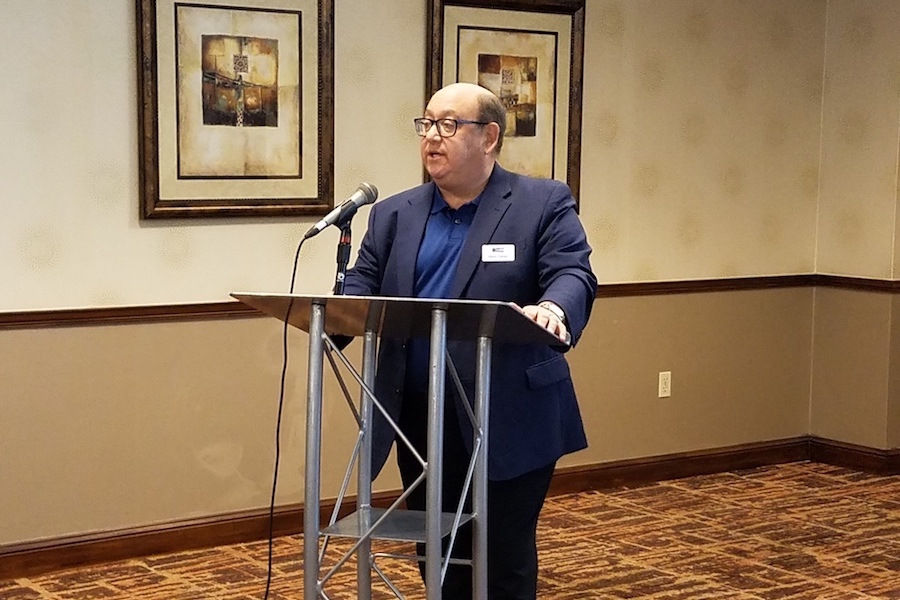 LAS VEGAS — The Entertainment Merchants Association hailed the growing commitment of its membership at a meeting Jan. 8 during CES.

“The engagement of our members over the past year I think is more than we’ve ever seen,” said president and CEO Mark Fisher.

“It’s been an interesting year in the industry and for our association,” he said, noting the growth of digital purchase storage locker Movies Anywhere and the expansion and churn in the OTT space (including pending streaming services from Disney and WarnerMedia).

“We initiated a focus on OTT channels” in the past year, he said, in addition to EST and disc, which “is not dead.”

He noted that the EMA had a “very successful OTT conference” at the Los Angeles Entertainment Summit in July, which had to downsize its budget.

The organization “learned how to operate a conference at lower cost,” during the July 2018 LAES.

But the EMA is focused on the entertainment delivery systems of the future. Fisher noted that, in July, DEG: The Digital Entertainment Group, the EMA and MovieLabs formed the Digital Supply Chain Alliance to strengthen the digital supply chain.

“That alliance have proven to show really rapid results,” he said.

Mitch Mallon, CEO of Stadium Media and chair of the digital EMA steering committee, added that EMA digital membership has grown, digital events have expanded and that the committee has created six white papers.

In the coming year, the committee “will be focusing on how OTT is starting to move out into the European marketplace,” he said, including launching a new project to list digital platforms around the world.

Steve Apple, VP, industry sales at the EMA, moderated a discussion on the OTT market.

“We’ve really focused on the Hispanic audience,” he said.

Panelist Tricia Lee, SVP, product and development, Sony New Media Solutions, noted that focusing on a rabid fan base can be key in the OTT space, referencing her work building Funimation’s service, which has “hyper-attention fans” in the anime space.

The key is authenticity, she said, adding consumers “are looking for shared experiences, and it has to be authentic.”