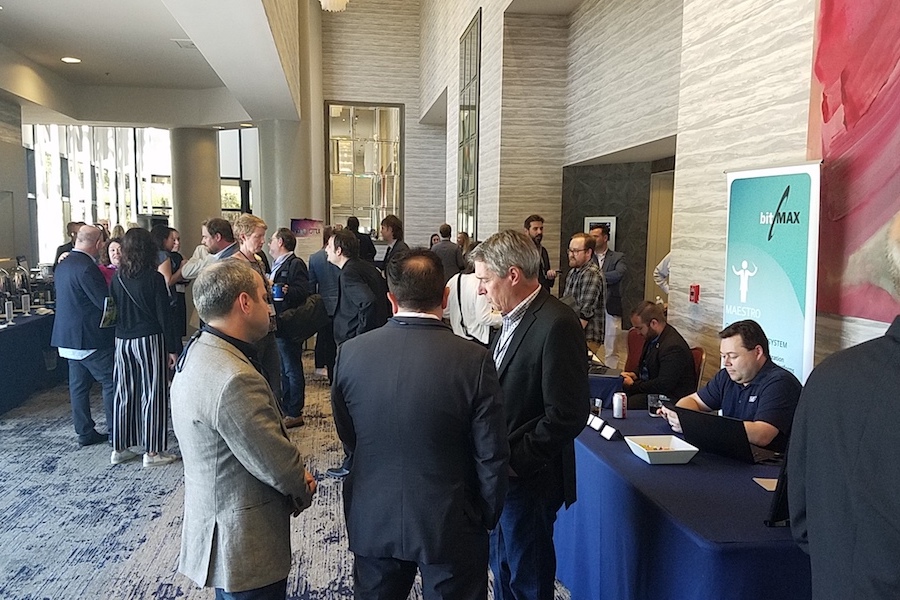 The over-the-top market is exploding, and the Entertainment Merchants Association this year at its annual Los Angeles conference gave it a starring role.

The OTT_X conference, focusing on the OTT market, ran July 16-17 concurrent with the eighth annual Los Angeles Entertainment Summit presented by the EMA. In addition to OTT panels and spotlight presentations, the EMA facilitated OTT business meetings in addition to meetings scheduled for LAES participants. The joint event attracted about 400 attendees.

The new focus is part of a bigger shift for the EMA.

“It was really apparent last year that the event needed to change,” said EMA CEO and president Mark Fisher July 16 in opening remarks, adding “as the industry changes so does the EMA.”

“We’ve intentionally shed our support and income from the video game segment,” he said, to be more focused. The organization has also shed physical retail members and distributors.

“It’s a pivot,” he said, but “we’re not going to leave behind the TVOD space.”

A leader in that transactional VOD market, FandangoNow chief Cameron Douglas, also chair of the EMA board, noted the annual confab “used to be an event with meetings between retailers and studios.”

Now, the EMA, via its Ultimate Movie Weekend promotion, is promoting cooperation between studios and digital retailers.

“Who would have thought there would be a major studio backed campaign — except Fox and Disney — that was focused on rental instead of EST,” Douglas said.

Erick Opeka, president of Cinedigm Digital Networks and chair of the OTT_X  conference, explained the name in opening remarks.

“The X in the name really reflects the core mission of why we’re all here today,” he said. “It’s an exchange. First and foremost, it’s an exchange of ideas.”

Such collaboration is crucial in an era of fast digital disruption.

“These changes are happening so frequently and at such a precipitous pace, the only way we can come out of this is by fostering a community,” he said.

Key challenges for OTT video platforms are customer acquisition and retention, monetization and content discovery, according to speakers at OTT_X.

Having original content is one way OTT platforms are meeting these challenges, said presenter Kathi Chandler-Payatt, executive director and entertainment analyst, The NPD Group. Using Netflix Originals as a case study, she noted that while both original movies and episodic shows are a small percentage of content on Netflix, they garner an outsized share of viewing. Originals made up 16% of new seasons vs. licensed in 2019, but those originals garnered a prodigious 24% of minutes watched. The same holds true for original movies, which are 11% of content and 22% of minutes.

Part of the reason for the uptake of originals is preferential marketing, she noted.

“It’s very smart from a platform perspective to push originals,” she said because the platform owns it. Thus, making a show with Netflix may give content producers a leg up in discovery.

“People think content is king, but discovery is king,” she said.

Originals have a short window to prove themselves, she said. She quoted Netflix VP of originals Cindy Holland as saying that the service generally knows within 28 days whether a new show or season meets Netflix’s expectations in terms of audience reach. In addition to viewership during that period, metrics such as season completion also figure in renewal.

OTT_X event chair Opeka moderated the panel “Monetization Trends in OTT.” Ad-supported VOD streaming services, such as Xumo, whose CEO Colin Petrie-Norris was on the panel, are ascendant, many speakers noted. Xumo has 160 curated channels and 40 million households in the United States, Petrie-Norris said.

AVOD “can generate very high yield per consumer” with advertising, he said.

Tubi chief content officer Adam Lewinson also cited the growth of AVOD in a keynote presentatoin. AVOD aggregator Tubi has 20 million monthly active users, with 100 million minutes streamed in June and well over 15,000 titles or 44,000 hours of content, “more than double the content volume of Netflix,” he said. June yielded its largest revenue month ever, he said.

There are challenges, however.

“The biggest challenge in streaming right now … in all VODs, it’s really about customer acquisition, retention and churn,” he said. “A subset to that is content discovery. Once you crack those problems, that’s when you get to scale.”

“You also want to be ubiquitious,” he said. “You do want to be everywhere that people are streaming.”

“The more data that we have on our viewers the more we are able to personalize,” he said.

A key advantage to AVOD is the “barrier to entry is so low” because viewers don’t have to pay, he said.

As for Tubi getting into original programming like its paid SVOD counterparts, “we have no intention of going down that road,” he said. “It’s tremendously competitive. You wind up overpaying for content.”

“Original series are just whizzing by at an epic pace,” he said.

That doesn’t mean Tubi isn’t willing to spend on content.

“I have a nine-figure content budget for the year, and we’re spending it,” he said.

On a panel about windowing of content, Paul Colichman, CEO of Here Media, said he was “worried that [AVOD is] the emperor’s new clothes,” a false hope of a monetary savior, noting the amount of revenue that trickles down to content producers who license their titles to such services is small.

“It used to take years for us to put up content on AVOD,” said Cinedigm’s Natasha Pietruschka, adding that now, “Where else can we fill those revenue gaps?”

Transactional digital retailers took the stage during the LAES session. Panelists noted that since consumers are paying directly for content, whether for rental or purchase, the key concern for TVOD platforms is making that experience seamless and easy and the quality top notch.

“The bar is so high because you have paid specifically for that title whether rental or purchase,” said FandangoNow’s Douglas, who was on the transactional panel. “It better play.”

He said FandangoNow has concentrated on making the viewing experience top-quality with extensive 4K offerings and a living room app that rivals any.

While Redbox has made its name on physical disc rentals, Chris Yates, GM of Redbox On Demand, said the new digital sales and rental arm doesn’t cannibalize that core business, it supplements it. It offers a choice when consumers don’t want to go to a kiosk and has resulted in “improved affinity for our brand,” he said.

Disney is “out in front of the others,” said IHS Markit’s Sarah Henschel during a research presentation. Awareness of the service jumped from 24% in Q1 to 35% in Q2 even before the Disney marketing machine really gets rolling, she said.

“I think Disney and Apple [with its pending SVOD service Apple TV+] have a leg up because they are already consumer facing brands,” Henschel said. “Disney has the strongest hold in my opinion right now.”

When asked how many in the audience would buy the new service when it launches, the majority of attendees raised their hands.