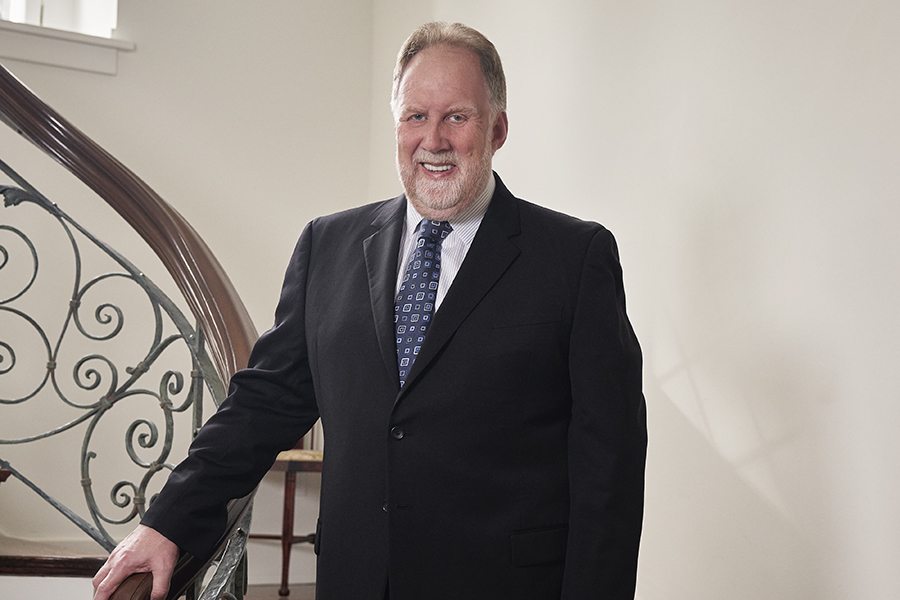 Earlier this year, Universal Pictures and Warner Bros. announced plans to merge their physical distribution businesses under Universal Pictures Home Entertainment president Eddie Cunningham through a joint venture that will market and distribute Blu-ray Discs, DVDs and 4K Ultra HD discs in the United States and Canada. The proposed union, which still must be approved by the U.S. Justice Department, is expected to officially launch early in 2021. It covers new releases and library titles as well as television content, and will be operational for up to 10 years.

On the appointment of Cunningham to lead the new joint venture, Peter Levinsohn, now vice chairman and chief distribution officer for the Universal Filmed Entertainment Group, said, “For more than two decades Eddie has been an expert in understanding the evolution of the physical home entertainment landscape. He’s been a dynamic leader in shepherding business innovation and operational effectiveness.”

Media Play News sat down with Cunningham to talk about the disc business.

MPN: What advantage do discs have over digital media?

Cunningham: Discs, alongside electronic sellthrough, are usually the first opportunity to own a film after its run in theaters, with the movie often not being available on SVOD for years. If you want the highest-quality picture and sound, disc is still the best way to get that in the home, particularly in the higher-definition formats — BD and 4K UHD. Discs still make great gifts and are highly collectible, often with great bonus features.

MPN: In an increasingly digital world, is there still room for physical media? Let’s take a broad look at this — not just movies and TV shows but also music and books.

Cunningham: Of course there is still a place for physical media and I expect that to be the case for many years to come. The retail community is still heavily committed to the category. A number of U.S. retailers have even expanded their book space over the past couple of years. Clearly, the world is moving more toward digital consumption, but this is still a retail disc market worth almost $7 billion globally. Close to 50% of transactional consumers in the U.S. are still physical-only buyers. Of the other 50%, the vast majority still purchases discs alongside their electronic sellthrough and VOD transactions. Very few are digital only. Most consumers are hybrid customers in that they consume in lots of different ways. We view all formats as complementary. We make movies and TV programs. and our role is to provide consumers with content in lots of different ways. They can chose how to view our content and the disc is certainly still very much part of that equation.

MPN: Disc sales have been falling steadily as digital distribution, both transactional and streaming, has grown. What can be done to slow down the decline — or at least manage the decline to ensure that we as an industry are maximizing profitability?

Cunningham: We need to continue to drive shoppers into stores through our marketing and to engage them at retail. That means exciting new-release displays adding theater and fun to the shopping experience. A good example of that would be our corrugate displays on Jurassic World: Fallen Kingdom where we partnered with Facebook to create an interactive AR experience, bringing the dinosaurs to life in stores. We supported this initiative with a big national advertising campaign that drove people into stores. It also means great impulse displays, strong packaging and price offers on library content.

MPN: Is there still room for innovation in the disc business? Can we make DVDs and Blu-ray Disc more appealing to consumers?

Cunningham: Sure. Last June we unveiled a completely reimagined content menu for our bonus material, which makes it much more easily accessible and navigable. I think innovation can be an over-used word, but there is still much we can still do to continue to excite the consumer through our marketing and in the store. Our research tells us clearly that consumers like to shop at retail, like to browse displays in-store, are often collectors, can be heavily influenced by in-store displays and are often very interested in the bonus material included, which is a significant driver of disc purchases. We continue to invest heavily in consumer marketing campaigns and we remain committed to driving engagement in stores.

MPN: We see the percentage of DVD sales not falling off as quickly as some had predicted. Why, in your mind, are some people still buying DVDs rather than Blu-ray Discs?

Cunningham: A lot of consumers have grown up with DVD. It was like the equivalent of digital in the early days after tape. That shiny, sexy, high-quality, indestructible five-inch disc! They still love the format. They collect it. It is compatible with their home tech systems. Heavy DVD buyers tend to be more price-sensitive and respond well to price and other offers, too.

MPN: How fast is 4K Ultra HD catching on? Is it still a niche business or will it become a mass-market item, as 4K TV penetration increases?

Cunningham: 4K UHD catalog sales grew by 20% last year and we expect to see further significant growth in 2020, and it becoming a bigger share of high-definition sales. I don’t see it as mass market in the sense of taking over from the other physical formats, but it is already more than a niche and I expect it to grow.

MPN: Will the disc ever go away completely? In music, by comparison, CD sales are a fraction of what they once were — and yet vinyl is experiencing a resurgence. Still, packaged media accounts for just 4% of total music sales. What do you see happening in our industry?

Cunningham: You can never say never, but I think discs are around for a long time to come. We wouldn’t be proposing creating a joint venture with Warner Bros. if we didn’t believe that. At the high-definition end, it’s the best way to watch a film in the home and that will be the case for a long time. It is difficult to replicate the significant gifting element of physical content in a digital world. It is also a challenge to replace the impulse nature of displays in a brick-and-mortar retail shopping environment, those interesting displays, that ability to browse, to touch the content, to read the notes on the back of the packaging. I think we are going to be here and part of the mix for a long time to come.