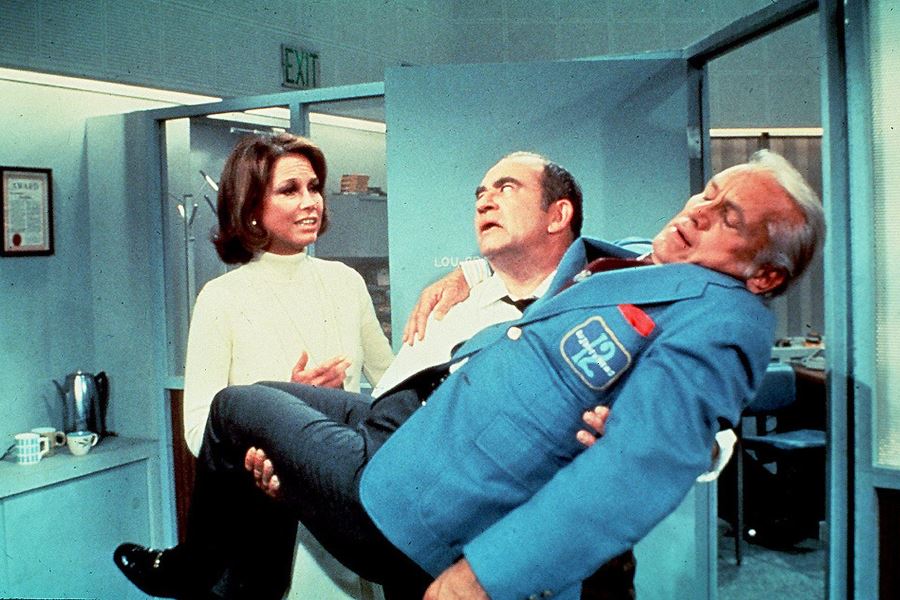 Ed Asner was a central character in "The Mary Tyler Moore Show," cast as the grumpy newsroom boss Lou Grant.