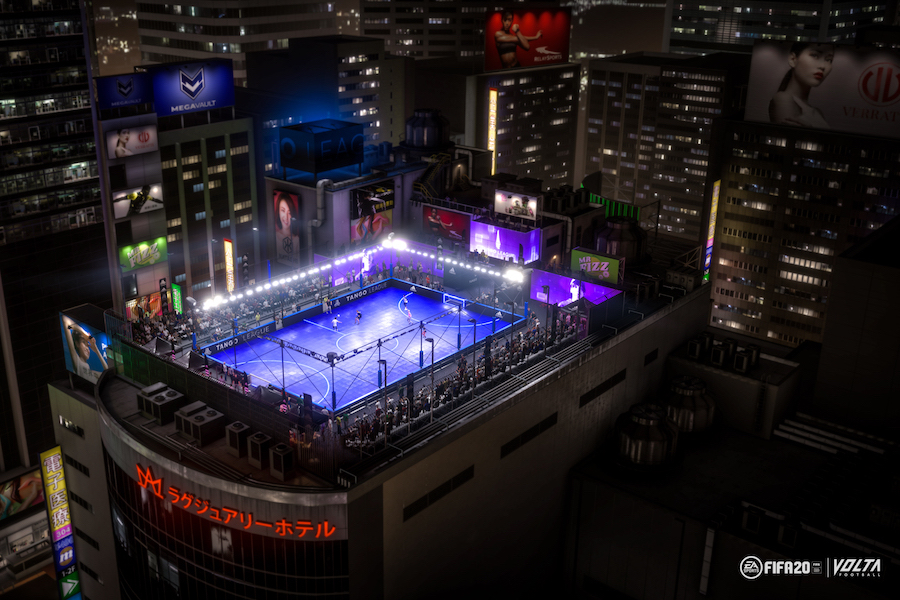 Electronic Arts announced a new mode in EA Sports FIFA 20, Volta Football, inspired by the small-sided form of football played in the streets, cages and futsal courts across the world.

The mode launches worldwide Sept. 27 on PlayStation 4, Xbox One and PC.

Volta Football lets players build their own character, express their individual style and immerse themselves in a realistic street football experience.

“This year, we are embedding a whole new experience with Volta Football into the game that reflects how many footballers started out their careers in the streets. This is a unique aspect of the sport that gives our players an experience unlike anything they have ever seen before in EA Sports FIFA,” said Aaron McHardy, executive producer for EA Sports FIFA. “We’ve also focused on delivering key gameplay updates that raise the level of realism and quality across the game. And with small sided football ingrained in FIFA 20, players can take the learnings from the streets and apply them to the stadium or vice versa.”