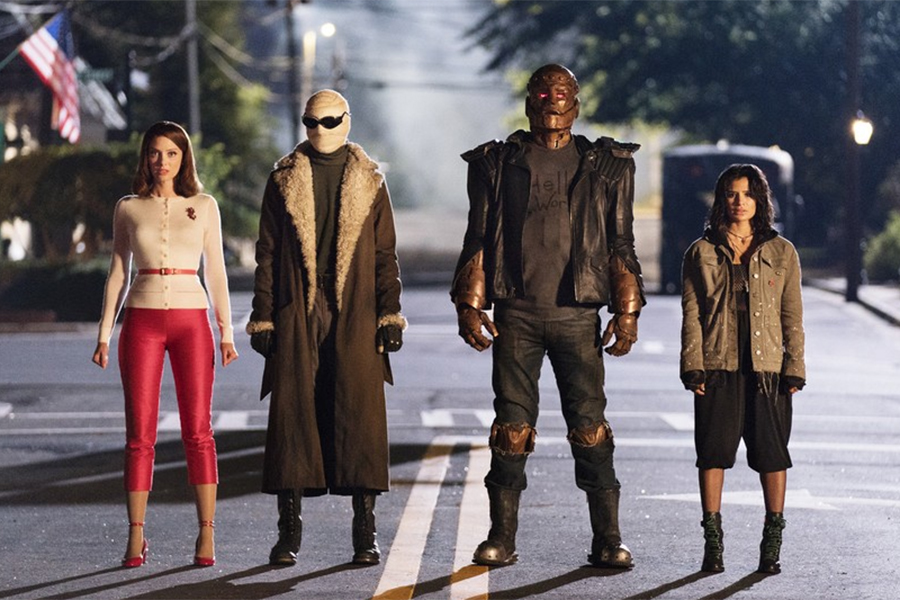 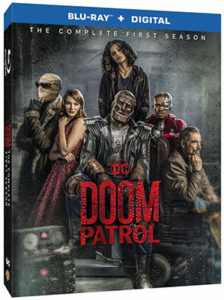 Based on the “Doom Patrol” comic book about a misfit superhero team, the show is the second original series from the DC Universe subscription streaming service, following “Titans.”

Part support group, part Super Hero team, the Doom Patrol is a band of superpowered freaks who fight for a world that wants nothing to do with them. Following the mysterious disappearance of their leader (Timothy Dalton), these reluctant heroes are called to action by Cyborg (Joivan Wade), who comes to them with a mission hard to refuse. The cast includes Diane Guerrero as Crazy Jane, April Bowlby as Elasti-Woman, Alan Tudyk as Mr. Nobody, Matt Bomer as Negative Man, and Brendan Fraser as Robotman.

The disc and digital editions will include a gag reel. The Blu-ray and DVD will also include deleted scenes.

The Blu-ray will include 1080p HD video with DTS-HD master audio for English 5.1, as well as a digital copy of all 15 episodes from season one.