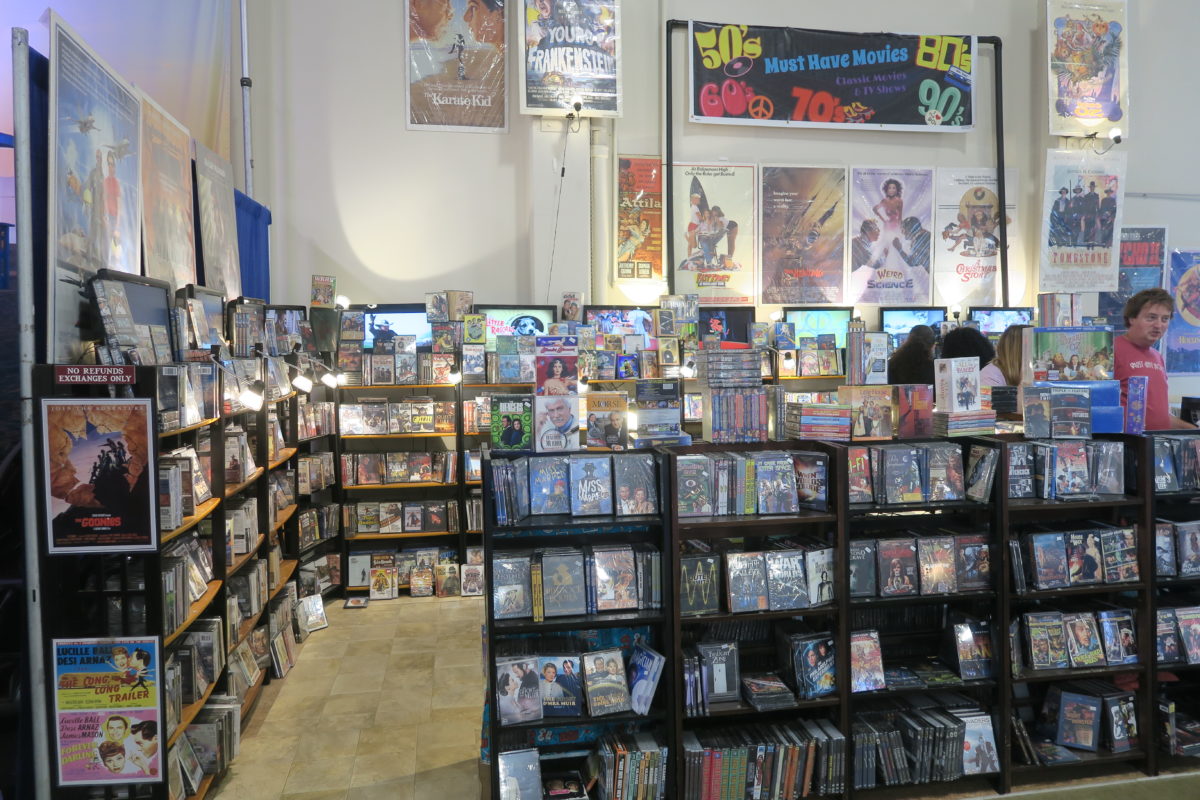 The Must Have Movies booth at the San Diego County Fair, June 2019

The little boy’s eyes lit up. No more than 5, he was the son of a woman who keeps house for a neighbor. She speaks only Spanish; the little fellow is bilingual. He had brought with him three Blu-ray Discs – Bumblebee, How to Train Your Dragon, and the second LEGO Movie – he planned on watching while his mother was working.

I ran back to my house, grabbed a handful of recent movies and presented them to him. He eagerly grabbed the loot and said, “Thank you, thank you,” as my neighbor told me he had purchased the three other discs and given them to the little boy as a present, as well. The family doesn’t have a car, and their shopping is limited to the Mexican grocery store nearby, with an occasional bus ride to Walmart for clothes and other necessities.

“If I was one of your studio friends,” my neighbor said, “I’d get them to put their DVDs and Blu-rays into every little Latino grocery store they can find. So many people do their weekly grocery shops there – and I’m not talking about Spanish-language movies, although I think those would do well too. I’m talking the big hits, the superhero films, the stuff the kids like to watch.”

He makes an interesting point. In the years just before and after the 1997 launch of DVD, independent video stores were summarily dismissed by Hollywood as more trouble than they’re worth. In the final days of the VHS rental business, it was all about getting as many copies of the hits into stores as was possible, through copy-depth incentives, revenue-sharing and other strategies.

And when DVD came around, the studios gladly handed the business over to the mass merchants and big box stores.

Listening to my neighbor, I wonder if it isn’t time to once again go small? I know everyone’s focused on the digital business right now, strategizing how digital movie sales and rentals – known by that catchy industry term “transactional video-on-demand,” or the roll-off-your-tongue acronym “TVOD”-can compete in market increasingly dominated by subscription streaming.

But let’s not dismiss the disc. Our industry has a habit of burying a product before its time (remember VHS?) and, in the process, leaving lots of money on the proverbial table. There’s still a huge market for Blu-ray Disc and even DVD, and the emergence of 4K Ultra HD Blu-ray Disc has generated a whole new fan base of enthusiasts who realize the optimum way to view content is still on a physical disc.

The big box stores have taken note and spruced up their disc sections over the last year or two – particularly Best Buy, which moved discs from the back of the store to a prominent position near the front. Target has end caps with new movies in the main aisle, and at the Walmart near my house clerks are having a hard time keeping new movies in stock.

At this year’s San Diego County Fair, which just ended its month-long run on July 4, one of the busiest booths in the merchant hall was “Must Have Movies,” devoted exclusively to catalog product and dressed up with posters for movies such as The Goonies, Young Frankenstein, Weird Science and The Karate Kid. Apparently the owners travel the fair circuit and, from the looks of things, have built themselves a nice little business.

Yes, home entertainment is evolving. Yes, streaming is the future. And, yes, selling and renting movies electronically, over the Internet, is so much easier than moving physical product because there’s no inventory, no shipping, no returns.

The only problem is, so many customers still want discs.